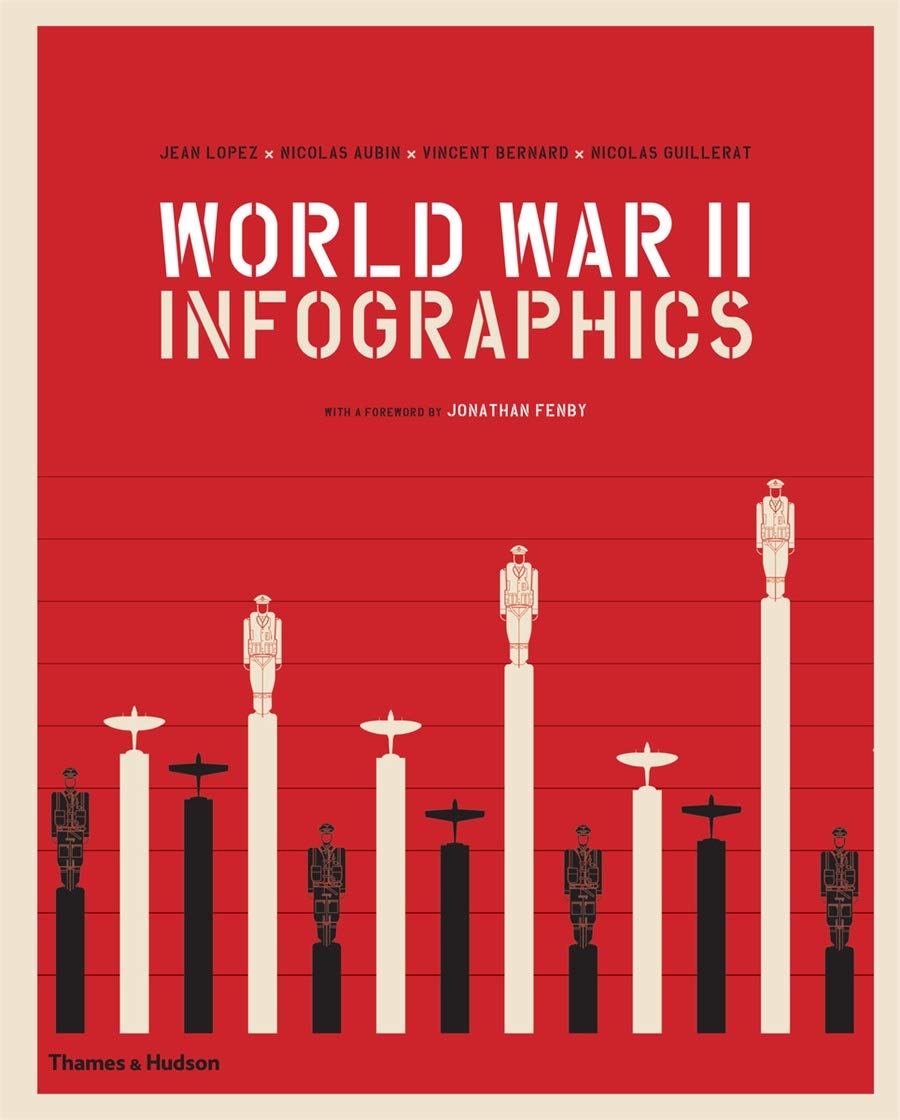 World War II: Infographics tells the story of the great conflict through graphic design. The mass of data available about World War II has never been as large as it is now, yet it has become extraordinarily complicated to interpret it in a meaningful way, and to share that analysis with the public. Infographics allow data to be comprehensible to the general reader while still satisfying demands for the rigorous approach of a historian.

The result is breathtaking. For the first time, it is possible to easily connect the dots between various interrelated aspects of World War II that were previously examined separately. Encompassing the conflict from its roots to aftermath, this book covers more than sixty themes, including arms production, Operation Barbarossa, how America took back the Pacific, and the Nazi concentration-camp system. The result is an extraordinary new approach to World War II, which is sure to appeal to those looking for an overview of the war and to history buffs alike.