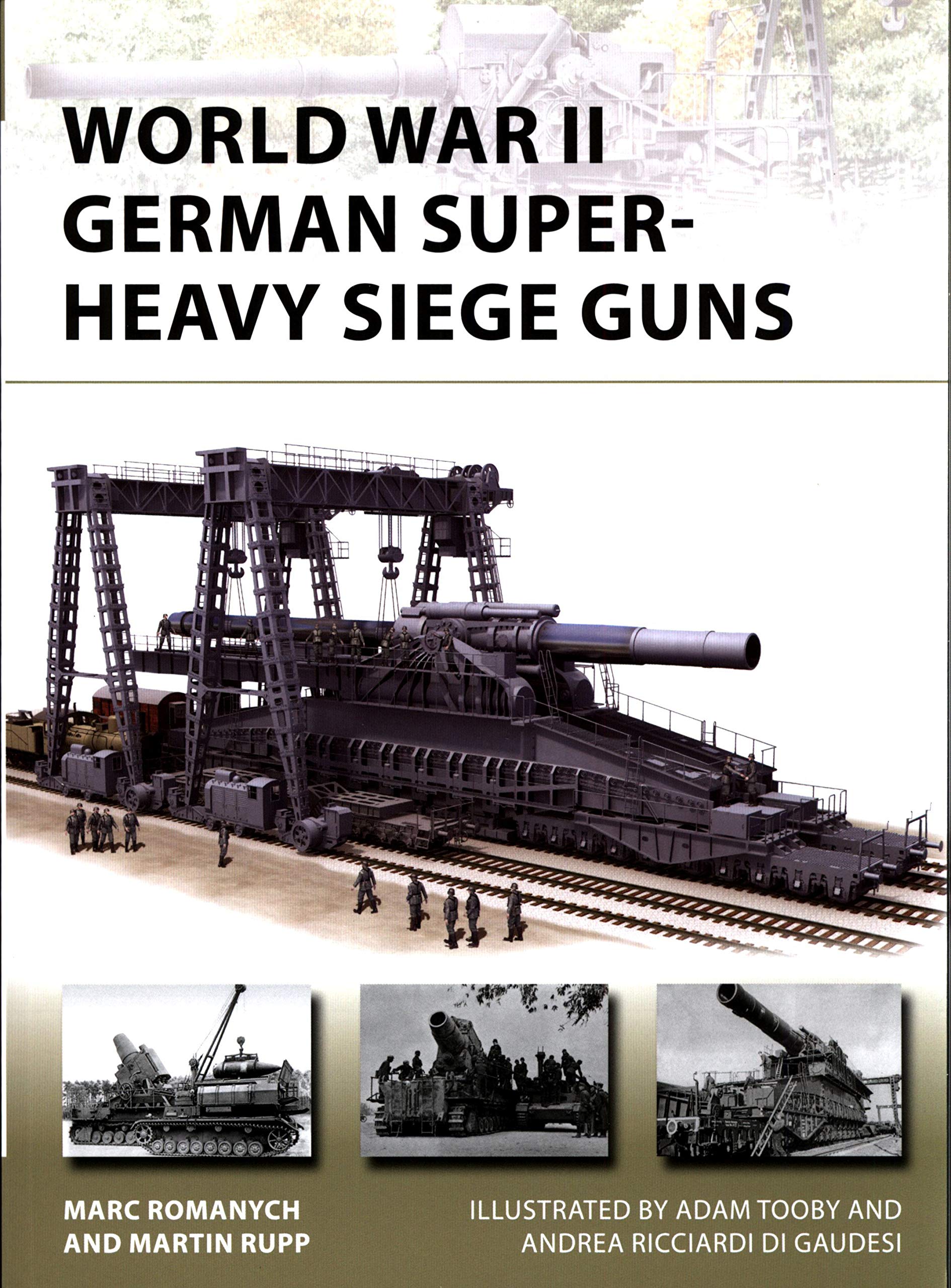 This is a new history of Germany’s powerful super-heavy siege artillery of World War II, which were designed to smash the most formidable fortresses on the Western and Eastern fronts.

As the outbreak of World War II approached, Nazi Germany ordered artillery manufacturers Krupp and Rheimetall-Borsig to build several super-heavy siege guns, vital to smash through French and Belgian fortresses that stood in the way of the Blitzkrieg. These “secret weapons” were much larger than the siege artillery of World War I and included the largest artillery piece of the war, the massive 80cm railway gun “schwere Gustav” (Heavy Gustav). However, these complex and massive artillery pieces required years to build and test and, as war drew near, the German High Command hastily brought several WWI-era heavy artillery pieces back into service and then purchased, and later confiscated, a large number of Czech Skoda mortars.

The new super siege guns began entering service in time for the invasion of Russia, notably participating in the attack on the fortress of Brest-Litovsk. The highpoint for the siege artillery was the siege of Sevastopol in the summer of 1942, which was the largest concentration of siege guns in the war. Afterwards, when Germany was on the defensive in the second half of 1943, the utility of the guns was greatly diminished, and they were employed in a piecemeal and sporadic fashion on both the Eastern and Western Fronts. In total, the German Army used some 50 siege guns during World War II, far more than the thirty-five it had during World War I.

Supported by contemporary photographs and detailed artwork of the guns and their components, this is an essential guide to these guns, exploring their history, development, and deployment in stunning detail.