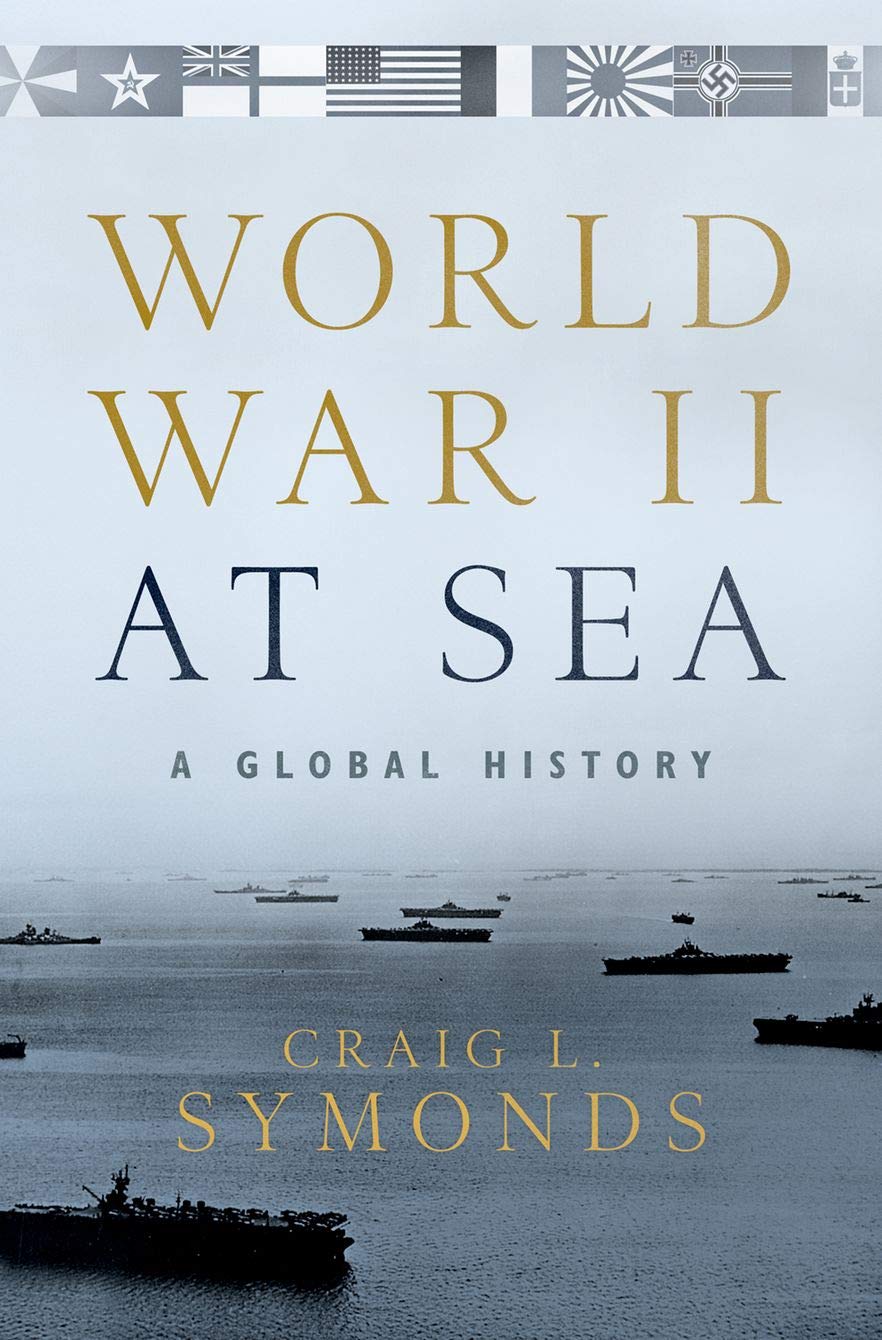 Author of Lincoln and His Admirals (winner of the Lincoln Prize), The Battle of Midway (Best Book of the Year, Military History Quarterly), and Operation Neptune, (winner of the Samuel Eliot Morison Award for Naval Literature), Craig L. Symonds has established himself as one of the finest naval historians at work today. World War II at Sea represents his crowning achievement: a complete narrative of the naval war and all of its belligerents, on all of the world’s oceans and seas, between 1939 and 1945.

Opening with the 1930 London Conference, Symonds shows how any limitations on naval warfare would become irrelevant before the decade was up, as Europe erupted into conflict once more and its navies were brought to bear against each other. World War II at Sea offers a global perspective, focusing on the major engagements and personalities and revealing both their scale and their interconnection: the U boat attack on Scapa Flow and the Battle of the Atlantic; the “miracle” evacuation from Dunkirk and the pitched battles for control of Norway fjords; Mussolini’s Regia Marina at the start of the war the fourth largest navy in the world and the dominance of the Kidö Butai and Japanese naval power in the Pacific; Pearl Harbor then Midway; the struggles of the Russian Navy and the scuttling of the French Fleet in Toulon in 1942; the landings in North Africa and then Normandy. Here as well are the notable naval leaders FDR and Churchill, both self proclaimed “Navy men,” Karl Dönitz, François Darlan, Ernest King, Isoroku Yamamoto, Erich Raeder, Inigo Campioni, Louis Mountbatten, William Halsey, as well as the hundreds of thousands of seamen and officers of all nationalities whose live were imperiled and lost during the greatest naval conflicts in history, from small scale assaults and amphibious operations to the largest armadas ever assembled.

Many have argued that World War II was dominated by naval operations; few have shown and how and why this was the case. Symonds combines precision with story telling verve, expertly illuminating not only the mechanics of large scale warfare on (and below) the sea but offering wisdom into the nature of the war itself. 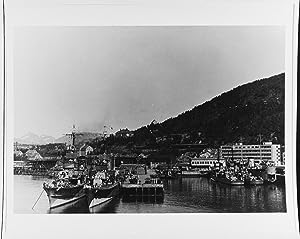 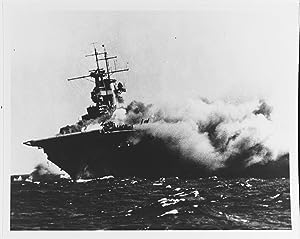 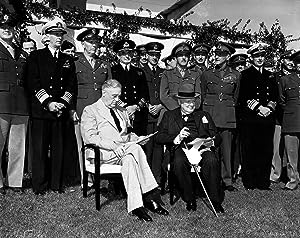 Two German destroyers are moored next to the pier in Narvik Harbor in April 1940 prior to the attack by Warburton-Lee’s destroyers. Two German minesweepers are moored at right. By the time British forces arrived at Narvik, the Germans were already in possession of both the town and the harbor. Image courtesy of the Naval History and Heritage Command.

The American carrier USS Wasp in her death throes after being hit by three torpedoes fired from the Japanese submarine I-19 on September 15, 1942. Torpedoes from the same salvo crippled the battleship North Carolina and sank the destroyer O’Brien. Image courtesy of the U.S. National Archives, no. 80-G-16331.

Franklin Roosevelt and Winston Churchill look over some papers during a photo session at the Casablanca Conference in January 1943. Behind FDR are Ernest J. King and George C. Marshall. To Marshall’s left is Admiral Dudley Pound. The vice admiral at right is Louis Mountbatten. Image courtesy of the U.S. National Archives, no. 80-G-35135. 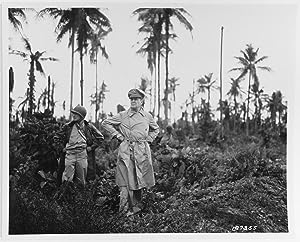 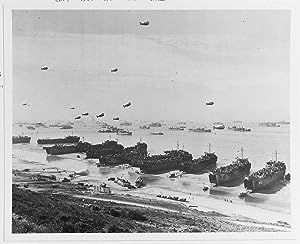 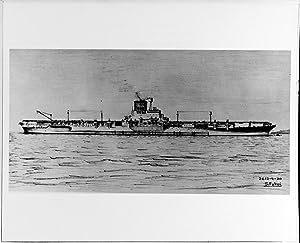 American General Douglas MacArthur surveys the terrain on Los Negros Island in the Admiralty Islands in February 1944. MacArthur was a larger-than-life figure in the Pacific War who attracted both admirers and critics. The figure behind him is his aide Col. Lloyd Lehrabas. Image courtesy of the U.S. National Archives, no. SC 187355.

British and American LSTs unload vehicles and cargo on Omaha Beach in June 1944. The absence of a working port, and storm damage to the artificial harbor or Mulberry, made the LSTs essential to the success of the invasion. The barrage balloons were to prevent enemy aircraft from strafing the beach. Image courtesy of the U.S. National Archives, no. 80-G-46817.

The Japanese supercarrier Shinano was in commission for so short a time that few photographs of her exist. This sketch by Japanese artist Shizuo Fukui, was made after the war. Though the Archerfish sunk only one ship on her patrol, measured by total tonnage it was the most successful patrol of the entire war. Image courtesy of the Naval History and Heritage Command.