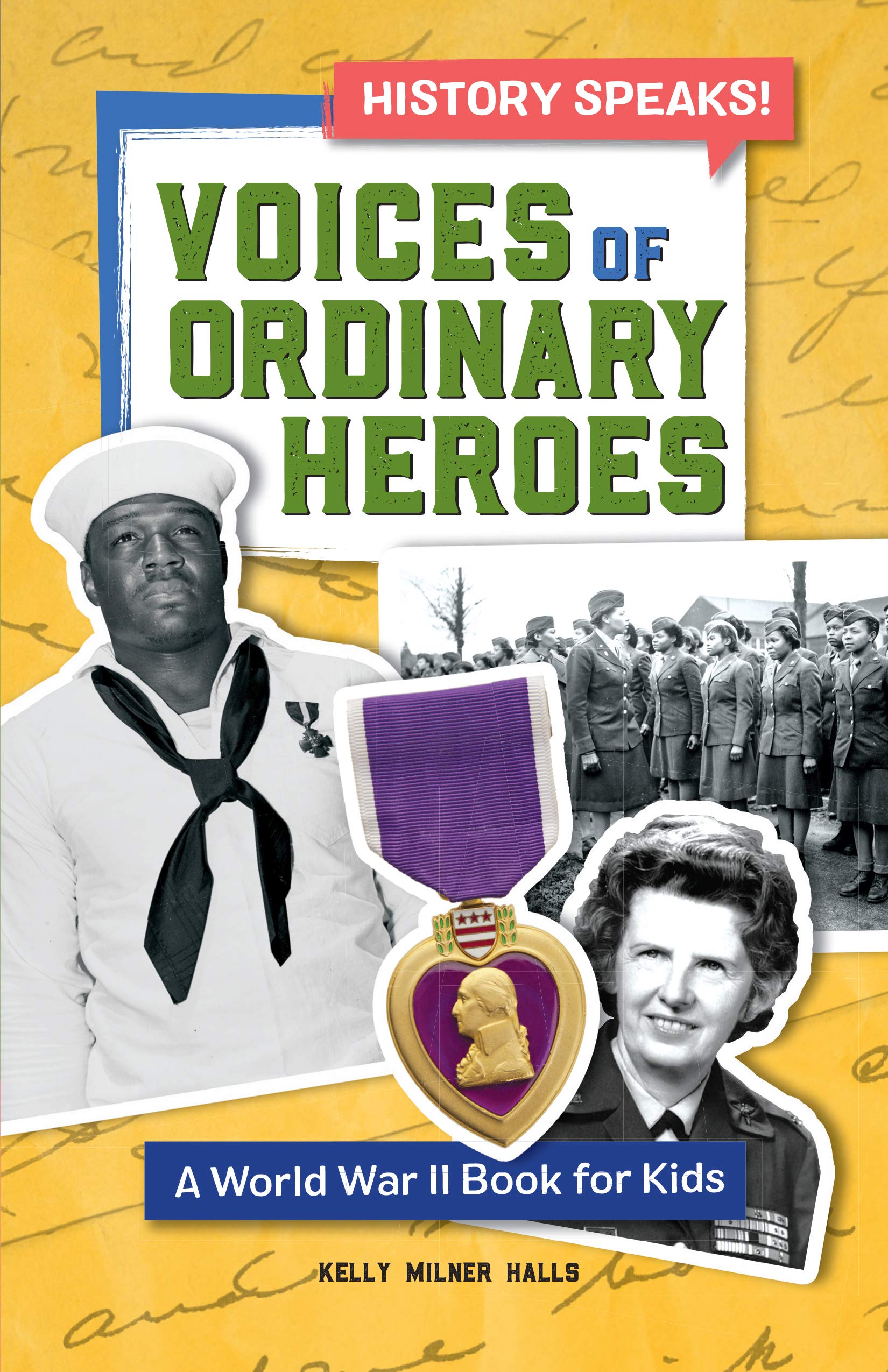 Wars like World War II brings stories of common people doing extraordinary things. Voices of Ordinary Heroes, a standout among World War 2 books for kids ages 8-12, introduces you to 20 unforeseen heroes who showed bravery and helped others when it appeared all hope was lost.

This top choice among World War 2 books for kids gives you a glimpse of World War II through the tales of a variety of regular citizens, like a singer who doubled as a spy against the Nazis, or a nurse on the island of Luzon who walked 20 miles through the mountains to help wounded women and children. These incredible stories of bravery, selflessness, and courage will inspire and motivate you.

Go beyond other World War 2 books for kids with Voices of Ordinary Heroes.

Meet a few of the exceptional ordinary heroes found inside:

Dorie joined the Navy in 1939 and was serving aboard the battleship West Virginia on the morning of December 7th, 1941, when the Japanese attacked Pearl Harbor. Despite working in the mess hall, Dorie grabbed hold of an anti-aircraft gun and began firing upon the incoming planes. His heroic actions lead to a Navy Cross citation, the second highest medal for valor in combat in the United States military.

The American-born French entertainer did more than just perform for the troops during the war. Josephine also doubled as a spy for the French Resistance delivering secret messages along the North African front. She was arrested several times by the Nazis, but her natural charm got her off the hook each time. She continued to spy on the Nazis for the duration of the war and afterwards was awarded two of France’s highest military honors: the Croix de Guerre and the Legion of Honor.

Georg Duckwitz was a German diplomat and member of the Nazi Party during WWII who served in Denmark because of his ability to speak Danish. When he learned of the Gestapo’s plan to depart all of Denmark’s Jewish population to concentration camps, he couldn’t fight back his conscience. Georg warned the head of the Danish Resistance and after many hours of planning, 95% of Danish Jews were evacuated to neutral Sweden.