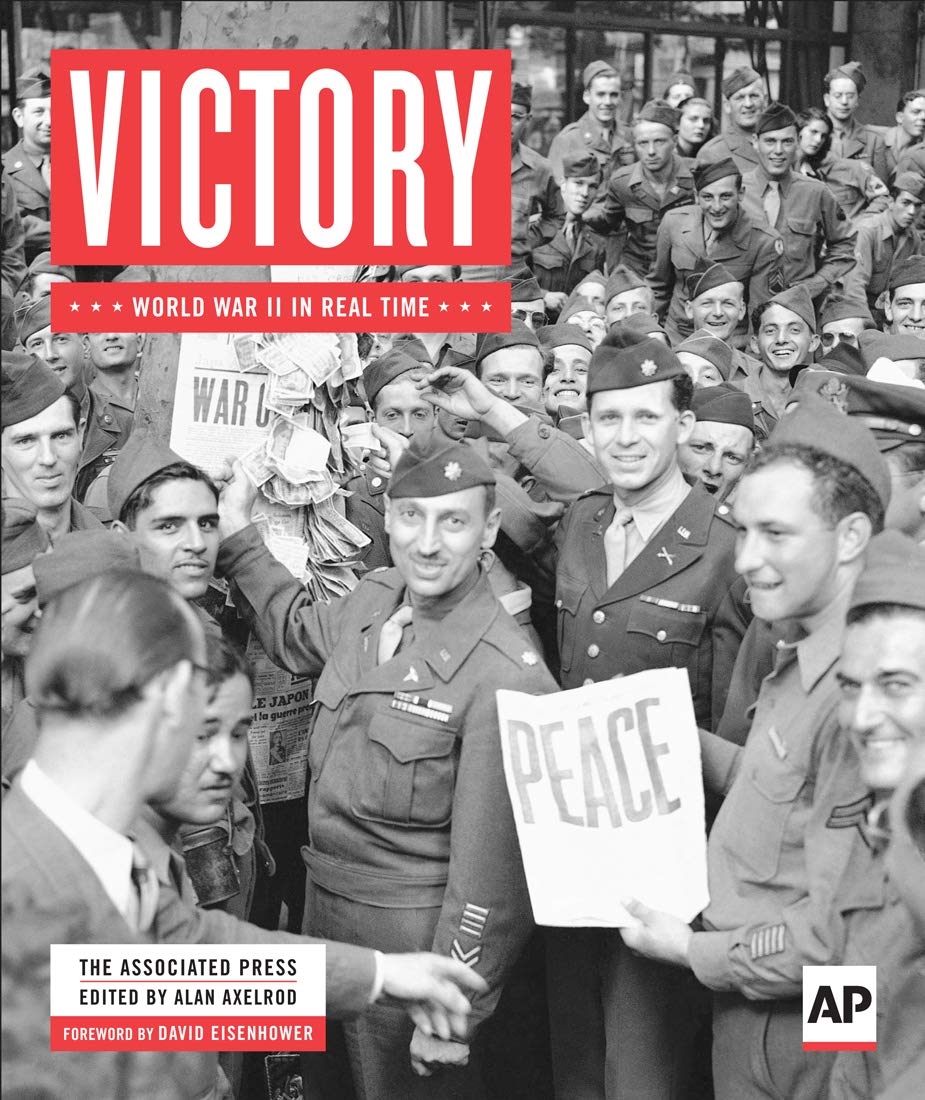 A commemoration of the 75th anniversary of the WWII victory, Victory covers the war through "breaking news” stories and photographs from the Associated Press—the main US chronicler of the conflict.

Victory commemorates the 75th anniversary of the end of WWII: May 8, 1945, VE Day; August 14, VJ Day; and September 2, the formal signing of the instrument of surrender. This stunning book covers the war through contemporary Associated Press coverage of 40–45 key events, plus human-interest accounts. The stories and photographs are presented chronologically so that readers of today can experience the scope of the war in the same way people of that era learned of the events. From Germany’s invasion of Poland on September 1, 1939, to Japan’s ceremonial signing of surrender aboard the USS Missouri in Tokyo Bay on September 2, 1945, each event is vividly brought to life through images and text from the original articles; historian Alan Axelrod provides insightful introductory text for each chapter.

This stunning book covers the key events of the 1939–1945 conflict as reported by the intrepid war correspondents and photographers of The Associated Press—the main US chronicler of the war. The material is presented in breaking news format so that readers can experience the scope of the war in the same way people of the time learned of the events. The era is brought to life through vivid reportage from original AP news articles, human-interest accounts, newspaper front pages and maps, and more than 220 photographs—including rare and never-before-seen images.

Historian Alan Axelrod provides an insightful introductory overview for each year, setting the context for the news of the day. With a foreword by David Eisenhower, this book is a keepsake that honors the courage, dedication, and sacrifice of the valiant millions who fought in, reported on, and prevailed in this world-shattering war; it commemorates, as President Harry S. Truman proclaimed, “the victory of liberty over tyranny.”

Included in this book:

Newspaper front pages reporting major events of the day, such as this dramatic front page from the Honolulu Star-Bulletin of Dec. 7, 1941, reporting the attack on Pearl Harbor. (In the accompanying photograph, a small boat rescues a crew member from the water in front of the burning USS West Virginia.)

A foreword by historian and author David Eisenhower, grandson of President Dwight D. Eisenhower, who is seen here in this iconic photograph as Supreme Allied Commander of Europe speaking with paratroopers of the 101st Airborne Division on the eve of D-Day.

Human interest stories and more than 220 photographs—including famous images, such as Raising the Flag on Iwo Jima taken by AP photographer Joe Rosenthal; never-before-seen images from AP’s archives, and rare images, such as this one of noted AP correspondent Don Whitehead, in a foxhole, writing his story of landing with troops behind enemy lines at Anzio Beach in Italy, February 1944.