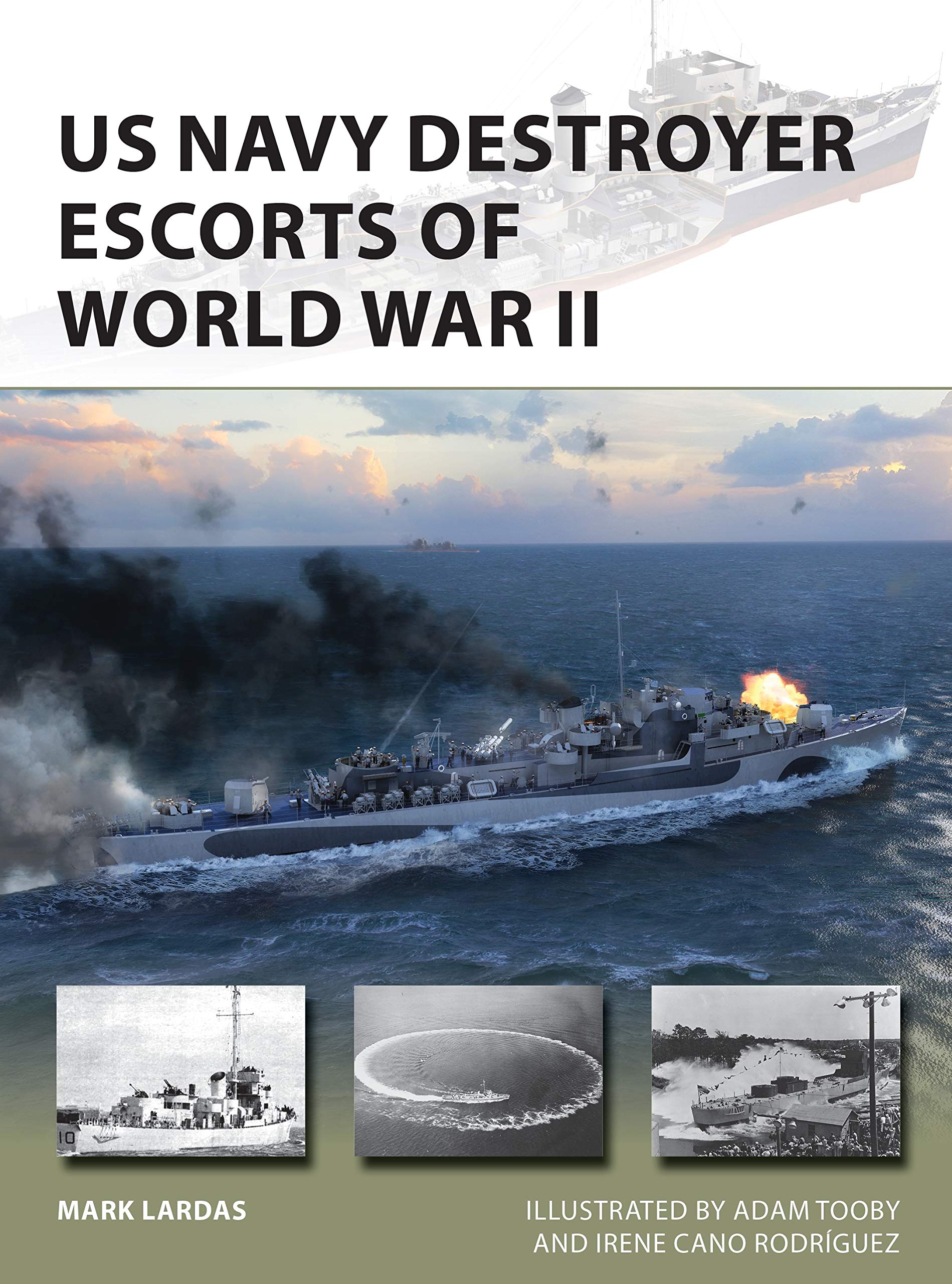 A history of America’s small but gallant World War II warships, which were at the forefront of the battle against U-boats and kamikazes, and fought some of the most dramatic actions of the war.

The Destroyer Escort was the smallest ocean-going escort built for the United States Navy–a downsized destroyer with less speed, fewer guns, and fewer torpedoes than its big brother, The Fleet Destroyer. Destroyer escorts first went into production because the Royal Navy needed an escort warship which was larger than a corvette, but which could be built faster than a destroyer. Lacking the shipyards to build these types of ships in Britain, they ordered them in the US. Once the US unexpectedly entered World War II, its navy suddenly also needed more escort warships, even warships less capable than destroyers, and the destroyer escort was reluctantly picked to fill the gap.

Despite the Navy’s initial reservations, these ships did yeoman service during World War II, fighting in both the Atlantic and Pacific, taking on both U-boat and Japanese submarines and serving as the early warning pickets against kamikazes later in the war. They also participated in such dramatic actions as the Battle off Samar (where a group of destroyers and destroyer escorts fought Japanese battleships and cruisers to protect the escort carriers they were shielding) and the capture of the U-505 (the only major naval vessel captured at sea by the US Navy). The destroyer escorts soldiered on after World War II in both the United States Navy and a large number of navies throughout the world, with several serving into the 21st century. This book tells the full story of these plucky ships, from their design and development to their service around the world, complete with stunning illustrations and contemporary photographs.