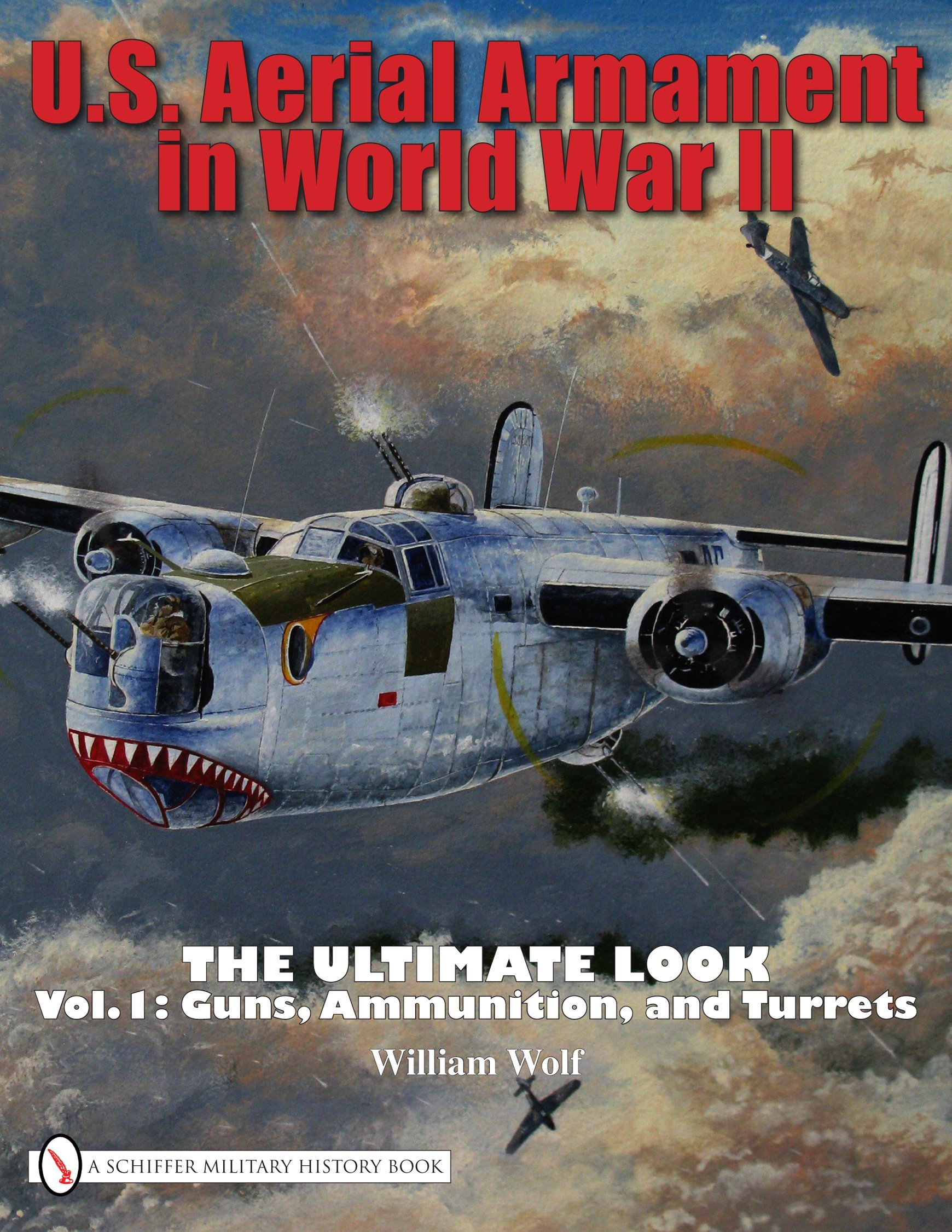 Following his previous Ultimate Look volumes on the B-29, B-32, B-18,
and B-25, Wolf has written the definitive book on U.S. aerial armament
in World War II. Drawing from his extensive library, microfilm archives,
and technical manuals Wolf covers aerial machine guns and cannon;
a discussion of the machine gun vs. cannon controversy, ammunition;
gunsights; gun cameras; search radar and radar gunsights; Central Fire
Control systems and remote sighting; an extensive section on the
development, installation, and description of the numerous bomber
turret and non-turret gun positions; fighter aircraft armament; gunnery
training; bomber and fighter air-to-air and strafing gunnery tactics;
fighter and bomber gunnery aces; and a survey of the armament
installations on all World War II U.S. fighters and bombers. Each topic is
introduced by a history of its development and manufacture, followed
by a detailed description and pictorial of the weapon, its installation,
and use.