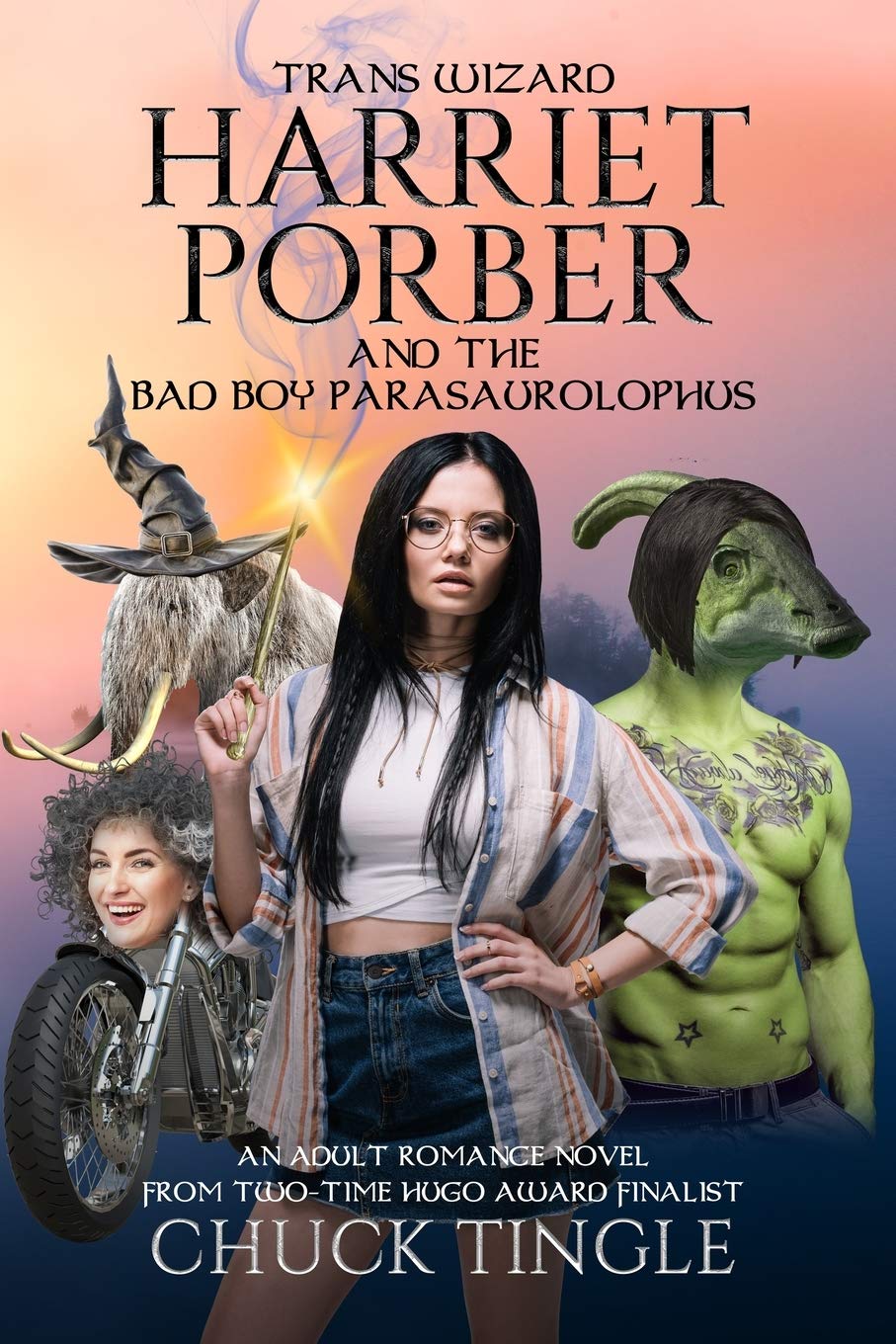 Trans wizard Harriet Porber is a master spellsmith who’s found herself in a bit of a pickle. After finishing wizard college, Harriet made a name for herself by creating a hit viral spell, but has since failed to craft a follow up. Now Harriet’s agent, Minerma, is breathing down her neck, suggesting that Harriet take a trip to an island off the coast of England for inspiration.

Hoping for some peace and quiet to clear her head, Harriet Porber arrives to find that her new neighbor, an angsty bard named Snabe from the band Seven Inch Nails, is already there making a racket. This parasaurolophus spellcaster is a bad boy through and through, and with his incredible powers of metamagic, Snabe reveals that this layer of reality is much more than it seems. Could Harriet and Snabe really be characters in a parody romance novel?

Soon enough, these two are discovering they have more similarities than differences: both trans, both strong, and both hoping to create a new spell that will change the world. But with the addition of two devious sentient motorcycles to the mix, Dellatrix and Braco, things start to get complicated.

Now trans wizard Harriet Porber is caught up in a tale of magic and mystery where nothing is as it seems, except for one universal truth: love is real.

This is a 52,000 word bad boy romance novel for adults. It contains some explicit scenes.