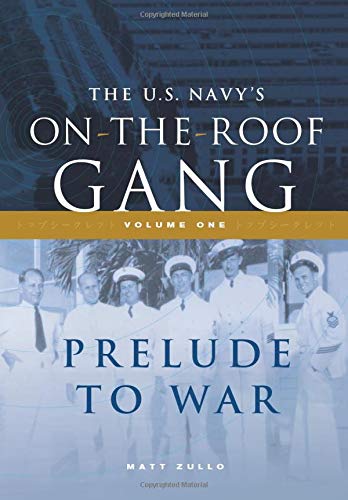 THE US NAVY’S ON-THE-ROOF GANG: VOLUME I – PRELUDE TO WAR is an historical novel based on the unknown true-life story of the “On-The-Roof Gang,” the U.S. Navy’s fledgling radio intelligence organization in the years leading up to World War II. It is based on the real life of Harry Kidder, a U.S. Navy radioman who first discovered and deciphered Japanese katakana telegraphic code while stationed in the Philippines in the 1920s, discovering that he was listening to Imperial Japanese Navy (IJN) radio communications. Kidder strongly believed in the future of radio intelligence and a chance meeting with Lieutenant Laurance Safford led to the birth of the Navy’s Radio Intelligence community. Kidder taught others the nascent art of intercepting IJN communications on the roof of the Main Navy Building in Washington, DC. From 1928 to 1941, 176 Sailors and Marines attended this training and were then stationed as radio intercept operators around the Pacific. These men would become known as the On-The-Roof Gang and were charged with keeping track of the IJN as they prepared for war with the United States. The circumstances of America’s entry into World War II hinged on success or failure of the On-The-Roof Gang, and Harry Kidder knew this. On-the-Roof Gang: Prelude to War concludes with the “date which will live in infamy,” December 7, 1941.