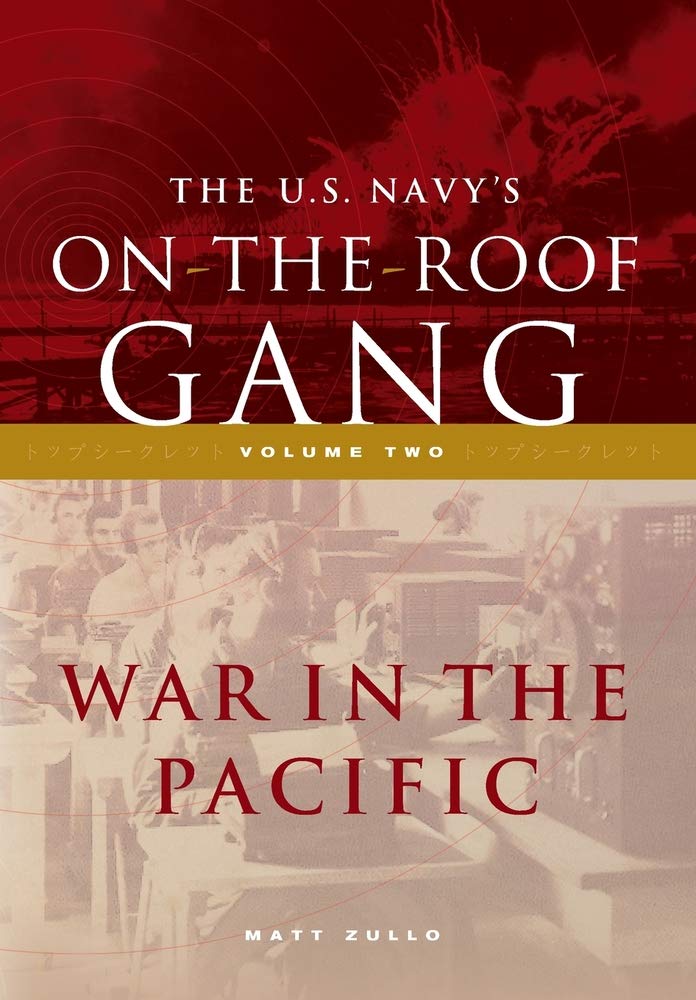 THE US NAVY’S ON-THE-ROOF GANG: VOLUME 2 – WAR IN THE PACIFIC is an historical novel based on the unknown true-life story of the “On-The-Roof Gang.” It is a sequel to THE US NAVY’S ON-THE-ROOF GANG: VOLUME 1 – PRELUDE TO WAR.This second volume begins with the Japanese surprise attack on Pearl Harbor and documents the contributions of the On-the-Roof Gang during World War II. It focuses on the wartime stories of the On-the-Roof Gang intercept operators, some who were stationed in Hawaii, some who survived a tortuous existence in a POW camp, others who had to evacuate their intercept sites, and still others who performed intercept operations while at sea during some of the most famous naval battles of World War II.