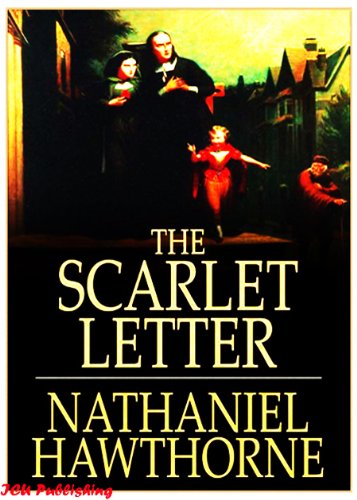 The Scarlet Letter is an 1850 romantic work of fiction in a historical setting, written by Nathaniel Hawthorne. It is considered to be his magnum opus. Set in 17th-century Puritan Boston, it tells the story of Hester Prynne, who conceives through an adulterous affair and struggles to create a new life of repentance and dignity. Throughout the book, Hawthorne explores themes of legalism, sin, and guilt.

The story starts during the summer of 1642, near Boston, Massachusetts, in a Puritan village. A young woman, named Hester Prynne, has been led from the town prison with her infant daughter in her arms, and on the breast of her gown "a rag of scarlet cloth" that "assumed the shape of a letter." It is the uppercase letter "A." The Scarlet Letter "A" represents the act of adultery that she has committed and it is to be a symbol of her sin—a badge of shame—for all to see. A man, who is elderly and a stranger to the town, enters the crowd and asks another onlooker what’s happening. The second man responds by explaining that Hester is being punished for adultery. Hester’s husband, who is much older than she, and whose real name is unknown, has sent her ahead to America whilst settling affairs in Europe. However, her husband does not arrive in Boston and the consensus is that he has been lost at sea. It is apparent that, while waiting for her husband, Hester has had an affair, leading to the birth of her daughter. She will not reveal her lover’s identity, however, and the scarlet letter, along with her subsequent public shaming, is the punishment for her sin and secrecy. On this day, Hester is led to the town scaffold and harangued by the town fathers, but she again refuses to identify her child’s father.

The book includes illustrations, a navigable/active table of contents and a Free audiobook link for downloaded (which can be downloaded using a PC/Mac) at the end of the book.