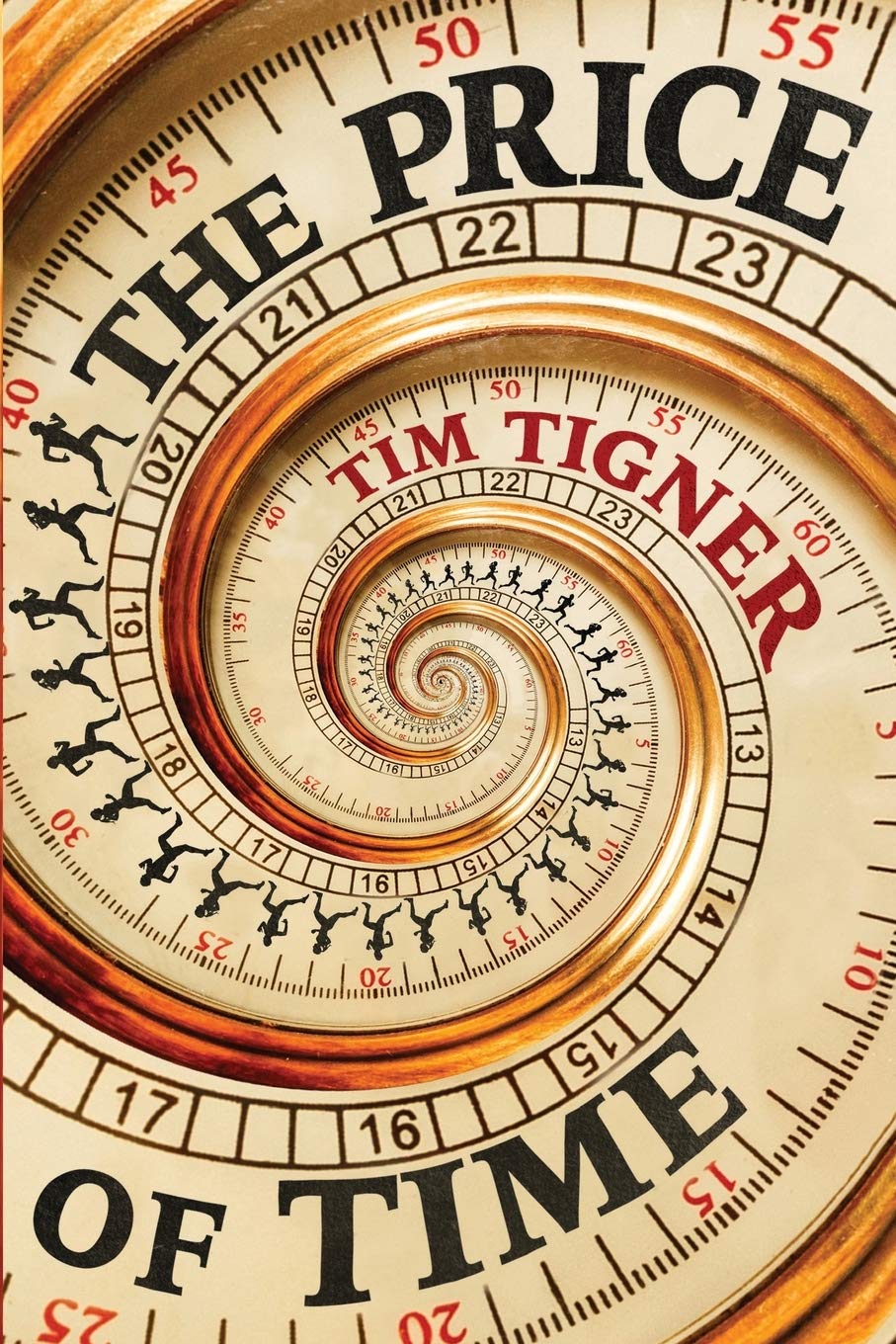 Would your character change …
if you had all the money in the world?
And all the time?
Would you become a better person?
Or worse?

There’s a secret in Silicon Valley. A discovery. An invention. One so startling and surprisingly sinister that it needs to be kept—at any price.

Tim Tigner takes a step back from his bestselling Kyle Achilles series to introduce Zachary Chase and Skylar Fawkes in a fresh standalone novel that’s bound to keep you glued and guessing. With secluded meetings, sudden disappearances and strange murders; secret agents, skillful assassins and sexy locations; The Price of Time is packed with fast-paced action and first-class intellectual intrigue.

Propelling the thrills and perched at the middle of the mystery is one of humanity’s great questions: Would finding the Fountain of Youth be a blessing?

Prepare for sleep-deprived nights and skipped chores while repeating the phrase: “Just one more page.”

“Tim Tigner is the antidote of Dull.” —Steve Wilson

“Clever to the point where you can’t put the book down.” —Maryellen Crane

“I defy anyone to anticipate his plot twists.” —Henry Shop

“Still trying to catch my breath. He is a superb storyteller.” —Amy Peck

Amazon named Tim Tigner an All-Star Author in December, 2017 and every month since for being one of the most popular authors on Kindle.