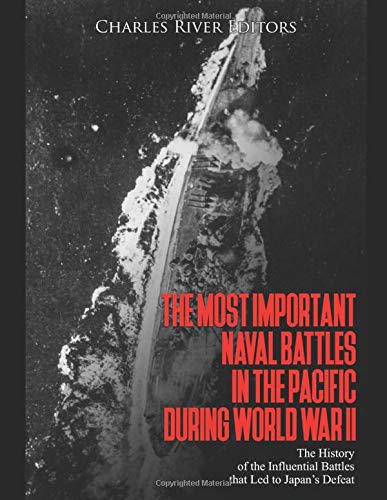 *Includes pictures
*Includes a bibliography for further reading
“We won a great tactical victory at Pearl Harbor and thereby lost the war.” – Admiral Hara Tadaichi
All Americans are familiar with the “day that will live in infamy.” At 9:30 a.m. on Sunday, December 7, 1941, Pearl Harbor, the advanced base of the United States Navy’s Pacific Fleet, was ablaze. It had been smashed by aircraft launched by the carriers of the Imperial Japanese Navy. All eight battleships had been sunk or badly damaged, 350 aircraft had been knocked out, and over 2,000 Americans lay dead. Indelible images of the USS Arizona exploding and the USS Oklahoma capsizing and floating upside down have been ingrained in the American conscience ever since. In less than an hour and a half the Japanese had almost wiped out America’s entire naval presence in the Pacific.
Although not as well-remembered as D-Day or even the attack at Pearl Harbor that preceded it, the Battle of Midway was one of the most unique and important battles fought during World War II. In fact, the turning point in the Pacific theater took place between June 4-7, 1942 as a Japanese fleet moved a sizable fleet intending to occupy Midway Island and draw the American navy near. Instead, American aircraft flying from three aircraft carriers that had been away from Pearl Harbor in December 1941 got a bearing on the Japanese fleet and sunk four Japanese aircraft carriers, permanently crippling Japan’s navy. The Battle of Midway was one of the first major naval battles in history where the enemy fleets never actually saw or came into contact with each other.
By the time the Battle of Midway was over, the defeat was so devastating that it was actually kept secret from all but the highest echelons of the Japanese government. Along with the loss of hundreds of aircraft and over 3,000 men killed, the four Japanese aircraft carriers lost, when compared to America’s one lost carrier, was critical considering America’s huge shipbuilding superiority. However, the Battle of Midway could also have easily turned out differently. Japan began the battle with more carriers, more and better aircraft, and more experienced crews than the Americans, and if the battle of the Coral Sea was any indication, the two sides had irrefutable proof of the dominance of the aircraft carrier in the Pacific. The implications of earlier clashes were now starkly underlined, and the fighting was now clearly about timing. The carrier fleets were incredibly powerful and crucially important, yet at the same time they were hugely vulnerable weapons systems. The protagonists at Midway were putting into practice a newly emerging naval doctrine, one which ultimately meted out a terrible punishment to the side that miscalculated. Carrier versus carrier combat had come of age.
The Guadalcanal Campaign, which ran from August 1942 to February 1943, was a bitter and protracted struggle that also happened to be a strange and transitional confrontation quite unlike any other in the long Pacific War. In conjunction with the American victory at the Battle of Midway, Guadalcanal represented the crucial moment when the balance of power in the Pacific tipped in favor of the Allies, but the idea that Guadalcanal would be such a significant battle would have come as a surprise to military strategists and planners on both sides. Nonetheless, by the time the Guadalcanal campaign was underway, it was a confrontation that neither side actively sought, but that both sides came to believe they could not afford to lose.
The Most Important Naval Battles in the Pacific during World War II: The History of the Influential Battles that Led to Japan’s Defeat comprehensively covers the entire military situation that led up to the battles, analyzes the decisions made by the battles’ most important leaders, and explains the aftermath of the battles.