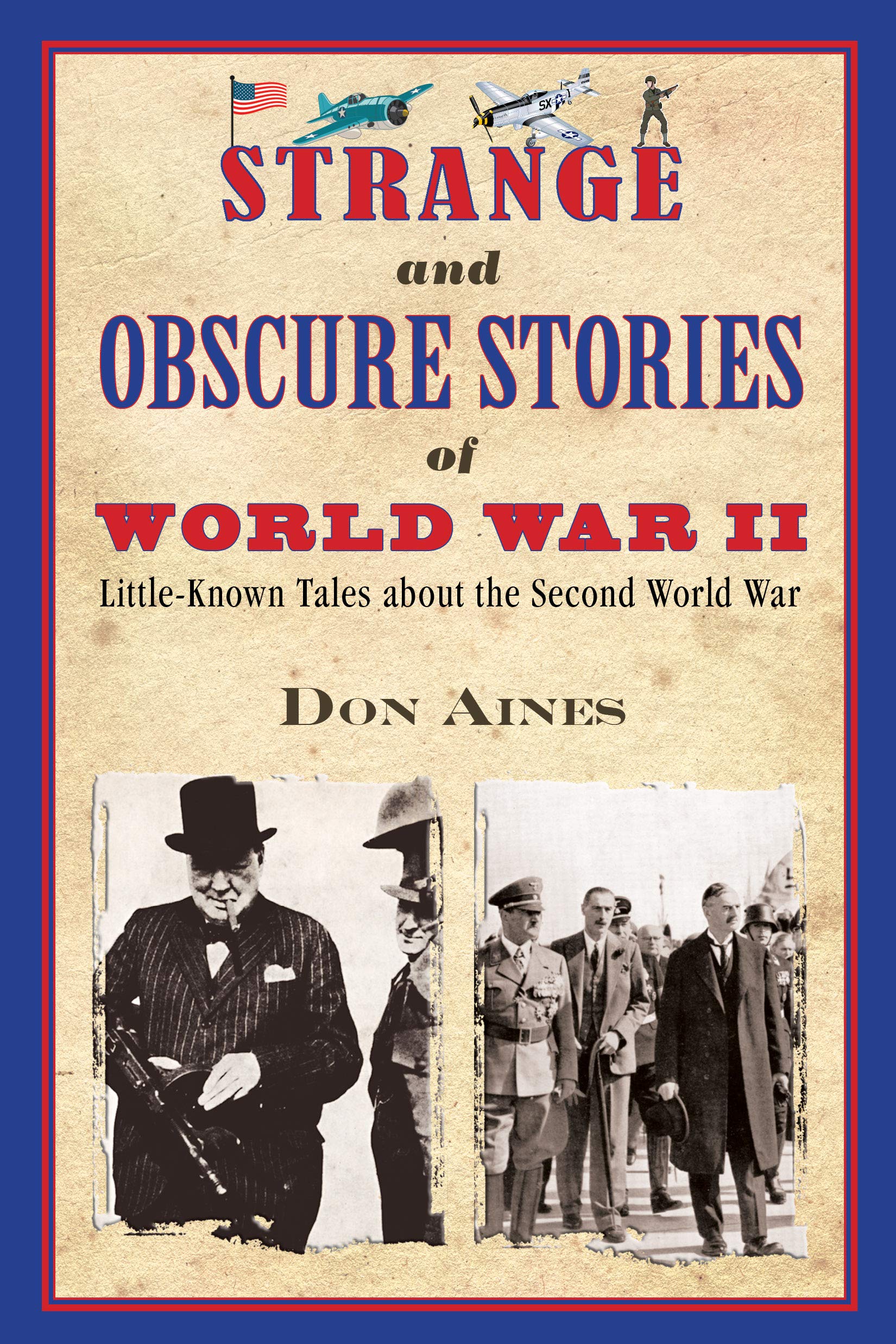 Here are overlooked or forgotten tales from the world's greatest conflict. These are stories of courage, daring, and stupidity, some of which would challenge the imaginations of Hollywood scriptwriters.

Some of the many true tales that author Donald Aines recounts include:

• He would never be cast as a dashing war hero, but a cast member of "The Addams Family"  television show volunteered for one of the most dangerous jobs the Army Air Force had to offer.
• The US Navy's deadliest submarine claimed an unexpected victim with its last torpedo, and led to one of the war's most harrowing tales of survival.
• Bob Hoover's escape from a German stalag would have made a great movie.
• British commando "Mad Jack" Churchill earned his nickname, arming himself to fight a 20th century war with a 15th century attitude and weapons.
• The Germans and Japanese wasted precious resources developing weapons more dangerous to the users than their enemies.
• The GI who stole the voices of his victims, and other Allied and Axis serial killers.

Within the pages of Strange and Obscure Stories of World War II,the reality of war trumps fiction.