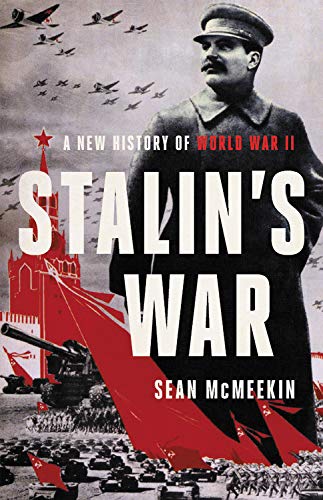 We remember World War II as a struggle between good and evil, with Hitler propelling events and the Allied powers saving the day. But Hitler’s armies did not fight in multiple theaters, his empire did not span the Eurasian continent, and he did not inherit the spoils of war. That role belonged to Joseph Stalin. Hitler’s genocidal ambition may have unleashed Armageddon, but as celebrated historian Sean McMeekin shows, the conflicts that emerged were the result of Stalin’s maneuverings, orchestrated to unleash a war between capitalist powers in Europe and between Japan and the Anglo-American forces in the Pacific. Meanwhile, the United States and Britain’s self-defeating strategy of supporting Stalin and his armies at all costs allowed the Soviets to conquer most of Eurasia, from Berlin to Beijing, for Communism.

A groundbreaking reassessment, Stalin’s War is essential reading for anyone looking to understand the roots of the current world order.