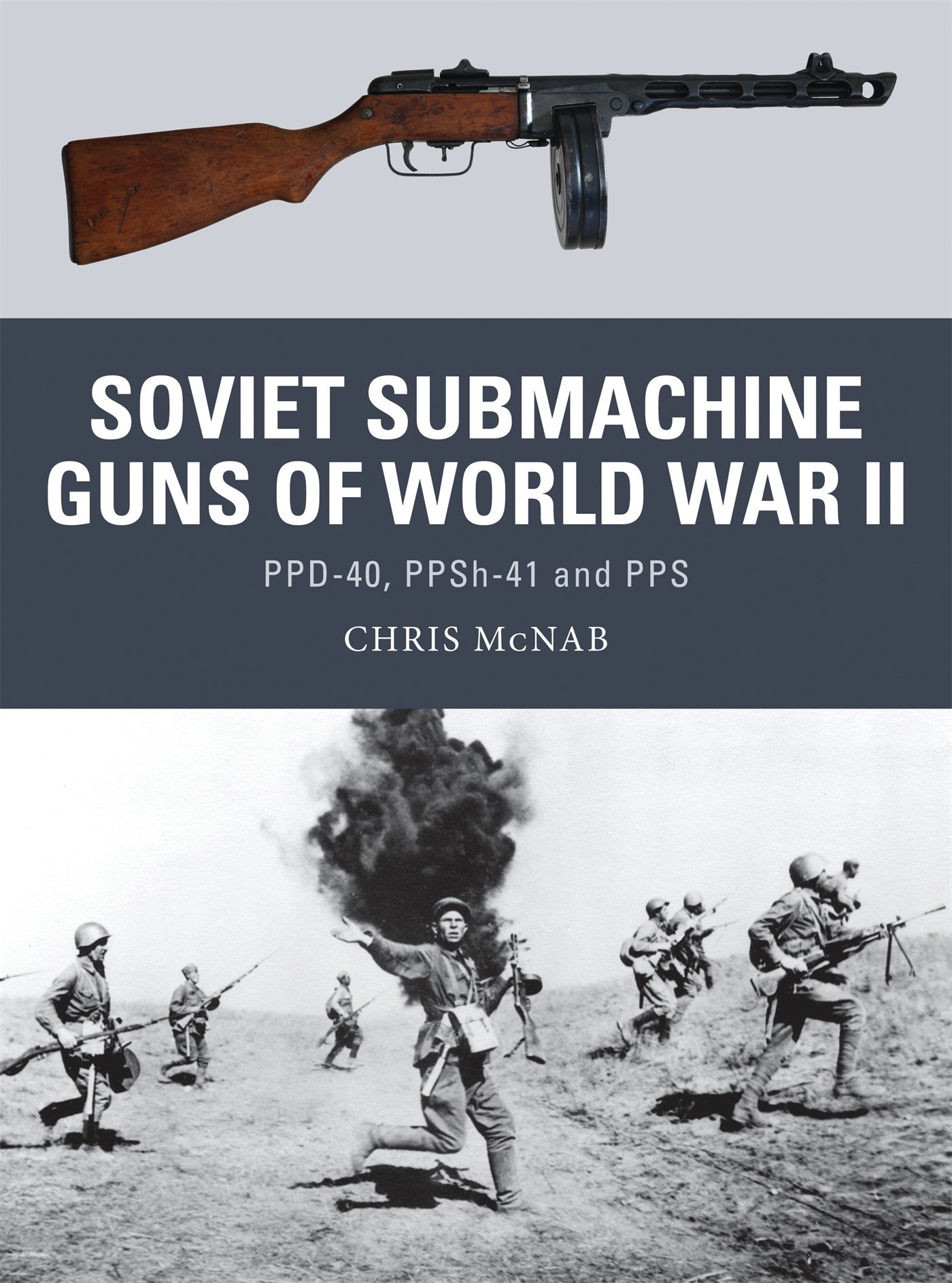 The Russian PPD-40, PPSh-41, and PPS family of SMGs were a key part of Soviet infantry assault doctrine in World War II and beyond.

Featuring expert analysis and an array of specially commissioned full-color artwork, this engaging study explains the history, use and development of Soviet wartime SMGs in detail. It gives particular focus to the tactical applications of these weapons in combat, and how they compared to firearms wielded by their German opponents. With numerous first-hand combat accounts, and detailed technical explanations, this book is ideal for both the general reader and the firearms enthusiast.

The submachine gun (SMG) came to be the embodiment of the Soviet fighting spirit during World War II. From 1943 the Red Army’s preference for close-quarters combat resulted in entire infantry units being equipped with nothing but SMGs. By deploying multiple SMG-armed companies and battalions, the Red Army was able to develop ferocious firepower in urban warfare and position assaults, the soldiers keeping within the SMG’s effective range of about 150m to nullify the German skills in armoured and manoeuvre warfare, artillery support and aerial bombardment.

Three particular designs dominated the war. First came the PPD-40, a weapon initially designed in the 1930s but rationalized for more efficient production in 1940. This 7.62mm firearm, with a cyclic rate of 800rpm, was in production until 1941, when it was replaced by the defining Soviet SMG of the war – the PPSh-41. Here was a weapon perfectly suited to wartime conditions. It was rugged, cheap to produce, simple to operate and delivered devastating close-quarters firepower. The story of the Soviet wartime SMG is completed by the PPS, designed for even cheaper and faster production, first put into small-scale production inside the besieged city of Leningrad in 1942. This remarkable weapon never replaced the PPSh-41, however, possibly as much because of political as production considerations. Both the PPSh-41 and PPS went on to post-war service with various communist states, seeing combat in the Korean War, the Indochina and Vietnam Wars and various colonial insurgencies in Africa and Asia.