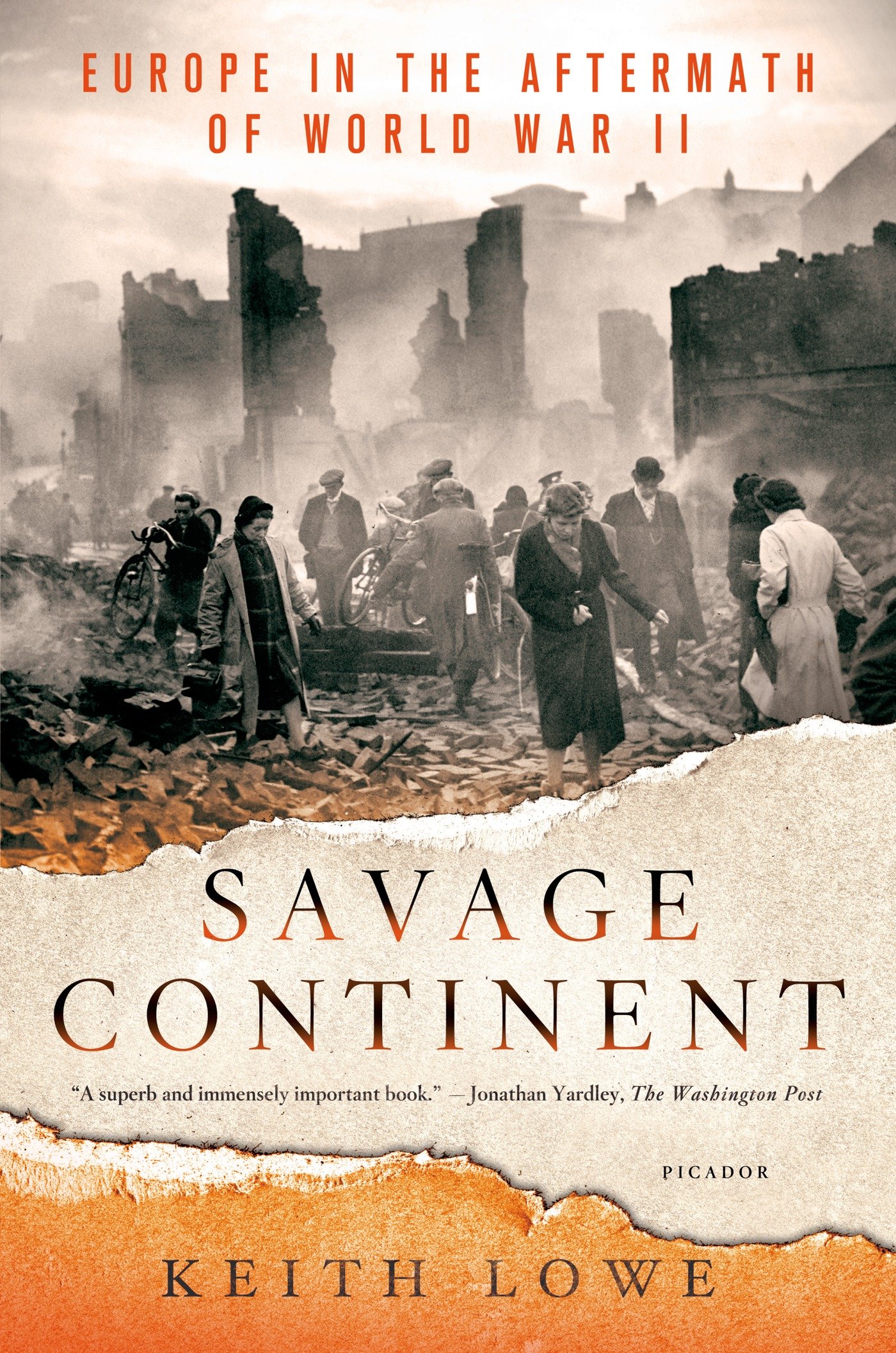 Winner of the PEN Hessell-Tiltman Prize

“A superb and immensely important book.”―Jonathan Yardley, The Washington Post

The Second World War might have officially ended in May 1945, but in reality it rumbled on for another ten years…

The end of World War II in Europe is remembered as a time when cheering crowds filled the streets, but the reality was quite different. Across Europe, landscapes had been ravaged, entire cities razed, and more than thirty million people had been killed in the war. The institutions that we now take for granted―such as police, media, transport, and local and national government―were either entirely absent or compromised. Crime rates soared, economies collapsed, and whole populations hovered on the brink of starvation.. In Savage Continent, Keith Lowe describes a continent where individual Germans and collaborators were rounded up and summarily executed, where concentration camps were reopened, and violent anti-Semitism was reborn. In some of the monstrous acts of ethnic cleansing the world has ever seen, tens of millions were expelled from their ancestral homelands. Savage Continent is the story of post–war Europe, from the close of the war right to the establishment of an uneasy stability at the end of the 1940s. Based principally on primary sources from a dozen countries, Savage Continent is the chronicle of a world gone mad, the standard history of post–World War II Europe for years to come.