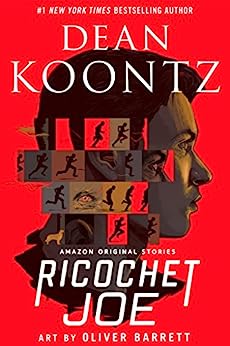 Can an ordinary guy make extraordinary choices in a battle between humanity and unearthly evil?

Joe Mandel is a perfectly ordinary guy from a perfectly ordinary town—a college student and community volunteer who dreams of one day publishing a novel. When a series of strange intuitions leads him to a crime in progress, Joe jumps headlong into danger without hesitation. In the aftermath, he wonders about the uncanny impulse that suddenly swept over him.

Until new friend Portia Montclair, the strangely wise daughter of the local police chief, explains to him what sent him ricocheting around town like a crazy pinball. Portia tells of another reality, a reality more thrilling—and terrifying—than Joe ever imagined. Timeless, elemental forces of good and evil have come to the quiet town of Little City: a cosmic entity capable of infecting human beings, and the seeker who has chosen Joe to find it.

To stop the malevolent invader, this average Joe must be braver than he ever thought possible…and face the hardest decisions of his life.

The author of more than one hundred novels, Dean Koontz has sold more than 500 million copies and been published in thirty-eight languages. Fourteen novels have risen to number one on the New York Times hardcover bestseller list. Koontz’s 2003 thriller Odd Thomas was adapted into the 2013 film, one of many film adaptations of his work. Koontz was born and raised in Pennsylvania and graduated from Shippensburg University. He lives in Southern California with his wife, Gerda, and their golden retriever, Elsa.

American oddball illustrator and designer Oliver Barrett grew up in Ohio on a steady diet of science fiction, role-playing games, and below-average athletics. He cut his teeth working as an art director at advertising and branding agencies before setting off on his own to make his mark on the world. This background set the stage for a career of clever concepts, frenetic line work, and engaging imagery that’s sought after by the Nikes, Amazons, and Netflixes of the globe, to name a few. He can also deadlift almost four hundred pounds.