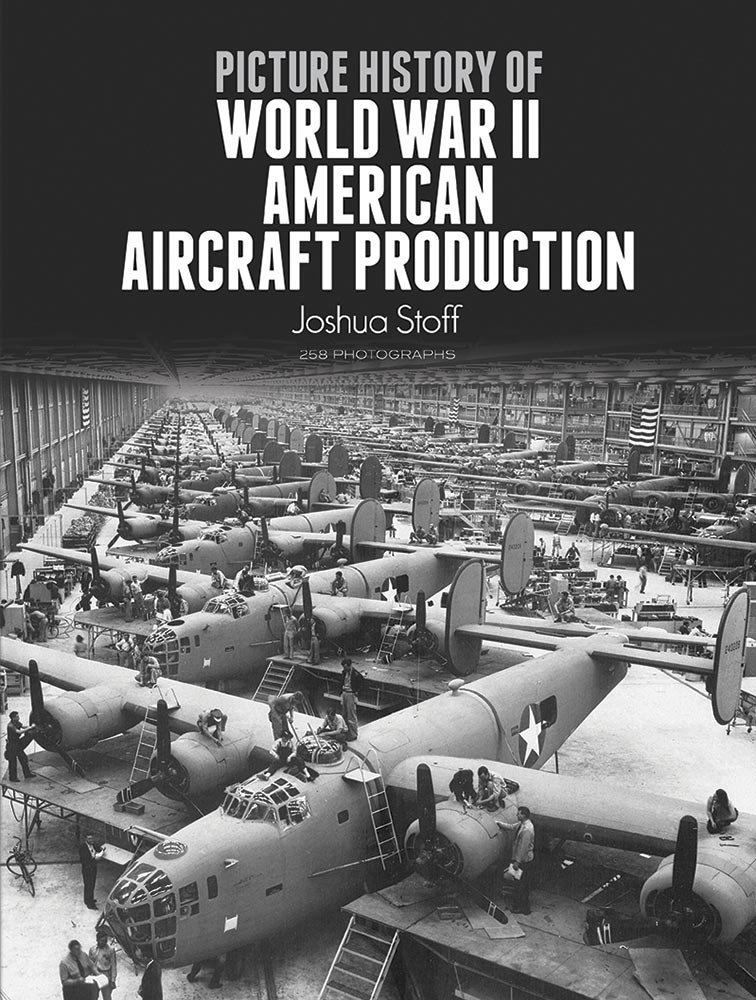 One of the greatest industrial feats of World War II — indeed of all time — was the massive production of military aircraft by American manufacturers. America’s sudden entry into the war required its typically small aircraft “job shops” to convert quickly to assembly-line techniques to meet the urgent demand for fighters and bombers. In many ways, Allied victory depended on the success of this conversion. How Americans heroically met the challenge is the focus of this fascinating pictorial history.
Over 250 rare photographs — most never published before — comprise an eye-filling chronicle of men and women hard at work in a crucial wartime industry: hooking up an engine, hanging a propeller, riveting the “skin” on a fuselage and performing many other tasks. Also included are authentic, on-the-spot photographs of aircraft assembly lines in full swing, of teams of workers turning out Boeing B-17 bombers in Seattle, huge B-24D “Liberators” at the Ford plant in Willow Run, Michigan, and F6F Grumman “Hellcat” fighters in Bethpage, Long Island, New York.
In his informative Introduction and captions, the author outlines the history of this massive effort, explains production processes and describes aircraft construction, assembly and armament. Throughout, he emphasizes important but often overlooked aspects of the story: how this struggle produced the first (and only) true mass production of military aircraft in history; introduced large numbers of women and minorities into the skilled work force; and inspired one of the greatest periods of high morale and camaraderie among workers ever seen.
Aviation enthusiasts, World War II veterans and students of American history and sociology will find this a truly fascinating chapter in the American experience, superbly presented and carefully documented. Joshua Stoff is Air and Space Curator, Cradle of Aviation Museum, Mitchel Field, Long Island, New York.