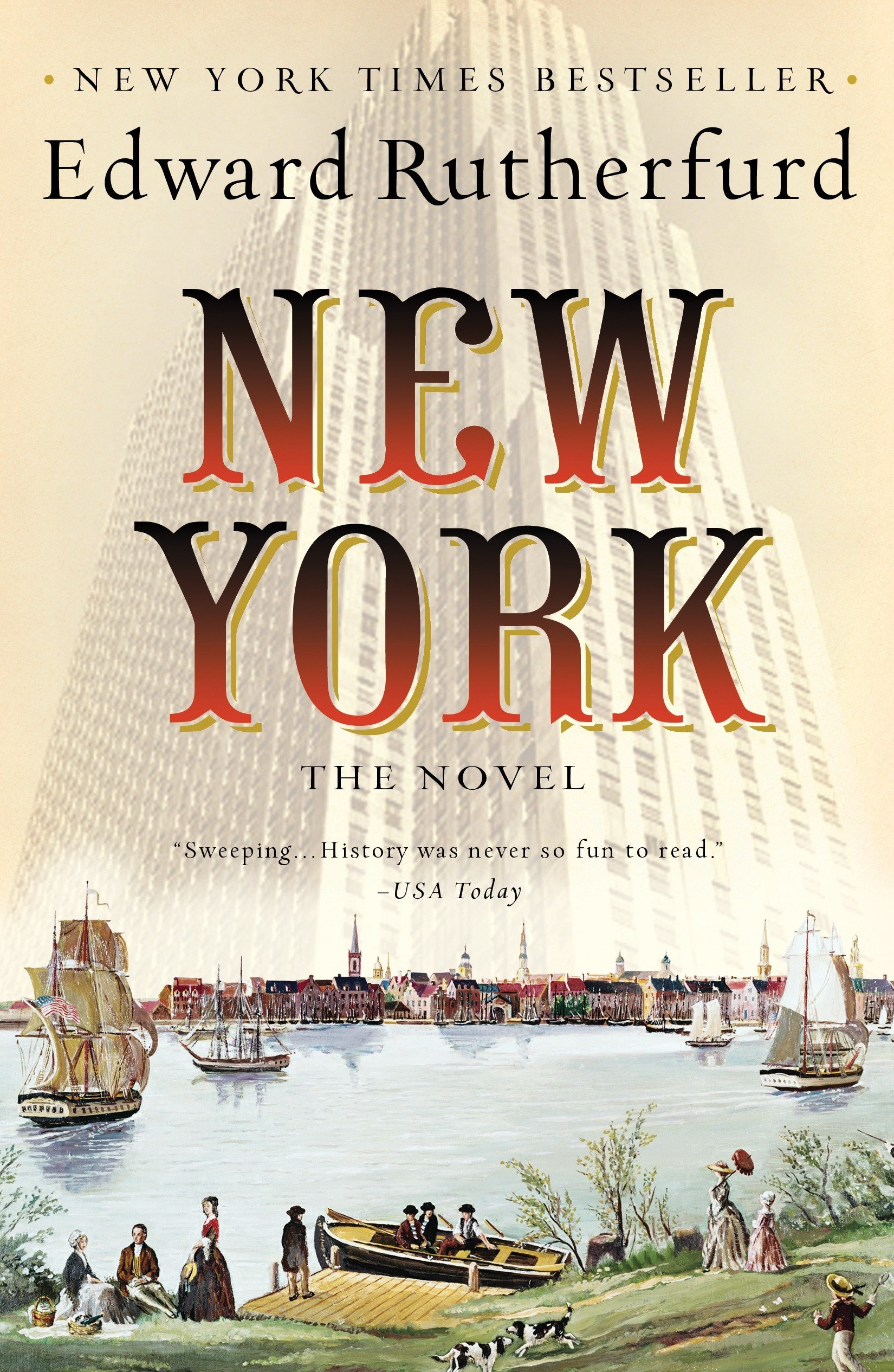 Edward Rutherfurd celebrates America’s greatest city in a rich, engrossing saga, weaving together tales of families rich and poor, native-born and immigrant—a cast of fictional and true characters whose fates rise and fall and rise again with the city’s fortunes. From this intimate perspective we see New York’s humble beginnings as a tiny Indian fishing village, the arrival of Dutch and British merchants, the Revolutionary War, the emergence of the city as a great trading and financial center, the convulsions of the Civil War, the excesses of the Gilded Age, the explosion of immigration in the late nineteenth and early twentieth centuries, the trials of World War II, the near demise of New York in the 1970s and its roaring rebirth in the 1990s, and the attack on the World Trade Center. A stirring mix of battle, romance, family struggles, and personal triumphs, New York: The Novel gloriously captures the search for freedom and opportunity at the heart of our nation’s history.