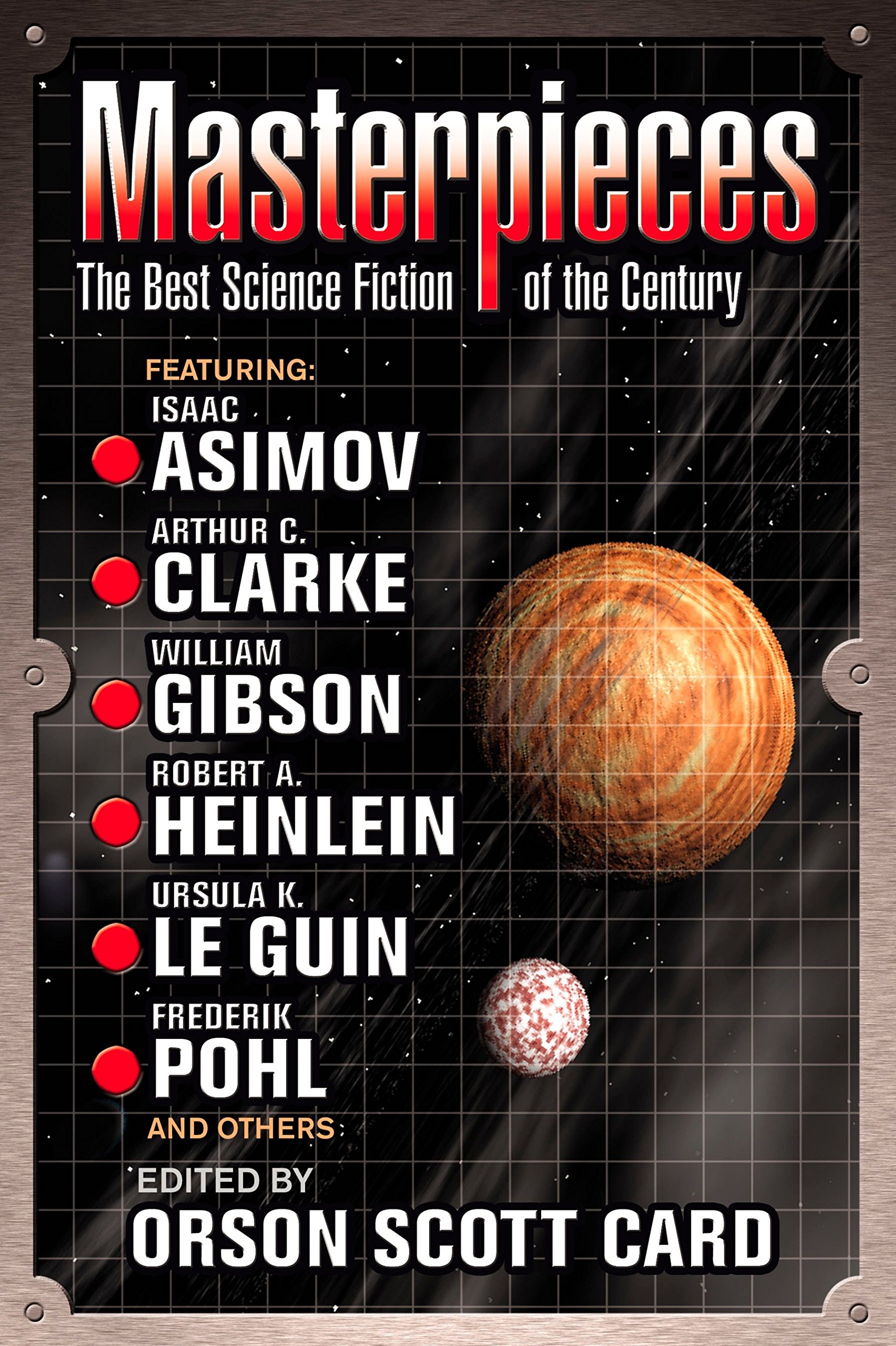 A collection of the best science fiction short stories of the 20th century as selected and evaluated by critically-acclaimed author Orson Scott Card.

In much of the science fiction of the past, the twenty-first century existed only in the writers’ imaginations. Now that it’s here, it’s time to take a look back at the last one hundred years in science fiction through the works of the most celebrated and acclaimed authors of the century—to see where we’ve been and just how far we’ve come.

Along with a critical essay by Orson Scott Card reassessing science fiction in the twentieth century, Masterpieces includes short fiction by writers who have forged a permanent place for science fiction in the popular culture of today…and tomorrow. It offers a glimpse of the greatest works that mixed science with fiction in trying to figure out humanity’s place in the universe. Featuring bold, brave, and breathtaking stories, this definitive collection will stand the test of time in both this century and those to come.