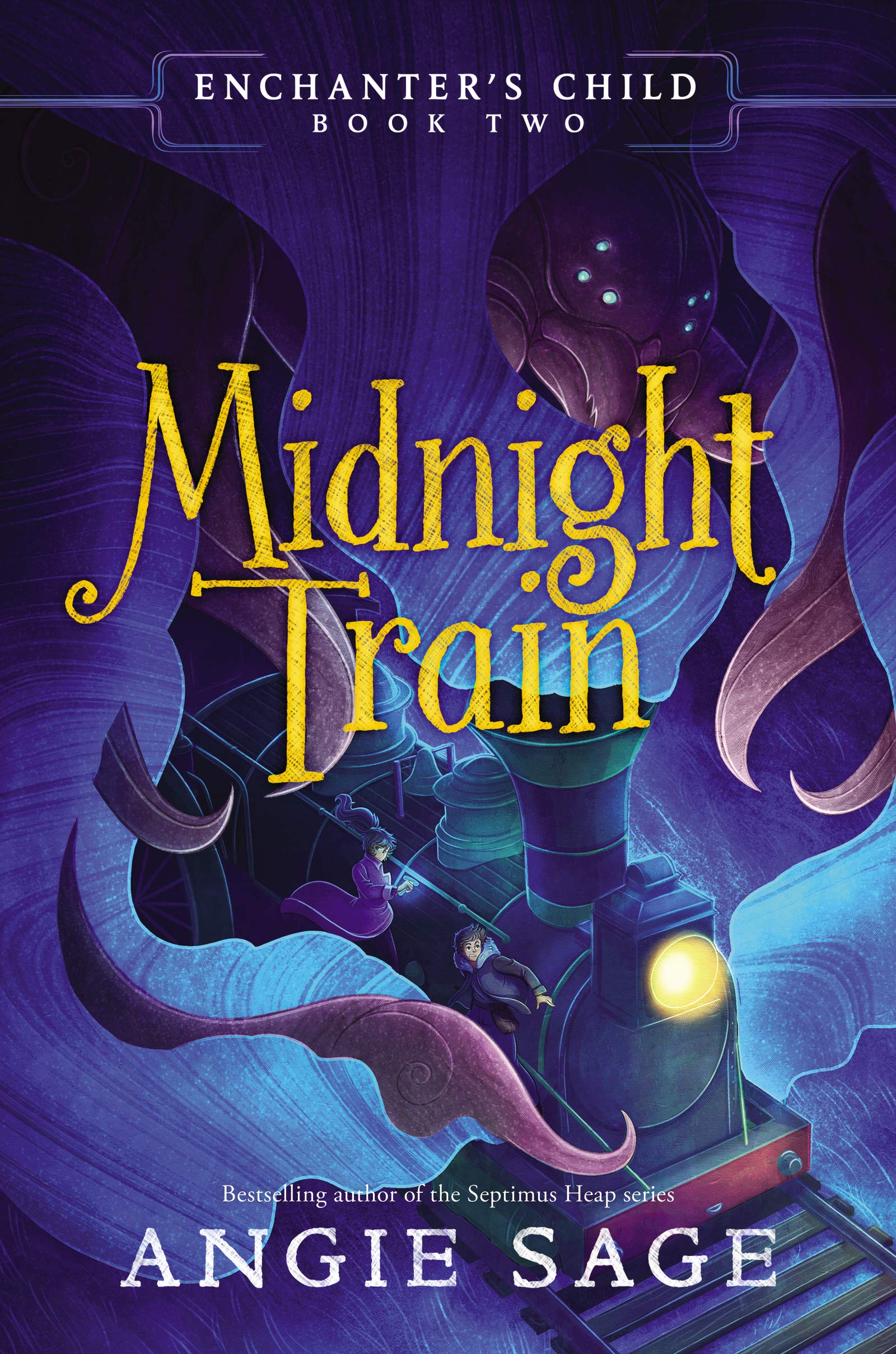 In the second magical volume of the Enchanter’s Child duology, the bestselling author of the Septimus Heap series, Angie Sage, crafts a stunning finale filled with humor, drama, and nonstop action, just right for fantasy-adventure lovers.

In the first book of the Enchanter’s Child duology, Alex discovered the truth: Not only does she possess magical powers but her father is Hagos RavenStarr, who was once the king’s Enchanter.

Alex is pursued by the fiendish Twilight Hauntings, monstrous Enchantments created because a prophecy foretold the king’s death at the hands of an Enchanter’s Child. The Twilight Hauntings are designed to rid the land of all Enchanters and their children, but Alex has other ideas. Why should she be forced to leave the place where she belongs?

So now Alex is on a mission to destroy the Twilight Hauntings. And to do so she must find the very thing that created them—a magical talisman called the Tau.

But where is it?

In her search for the Tau, Alex enlists the reluctant help of her father and a strange assortment of people along the way. As she travels, Alex hones her magical skills and learns that even family and friends can surprise her.

Praise for the first book in the Enchanter’s Child duology, Twilight Hauntings:

“Fans of fantasy and adventure will snap this up and eagerly await the sequel.” —School Library Journal (starred review)

“Sage deftly crafts an endearing and familiar fantasy story, expertly characterizing distinct, extreme personalities. Fantasy fans will highly anticipate the next steps in Alex’s journey in the projected sequel of the Enchanter’s Child duology.” —Bulletin of the Center for Children’s Books