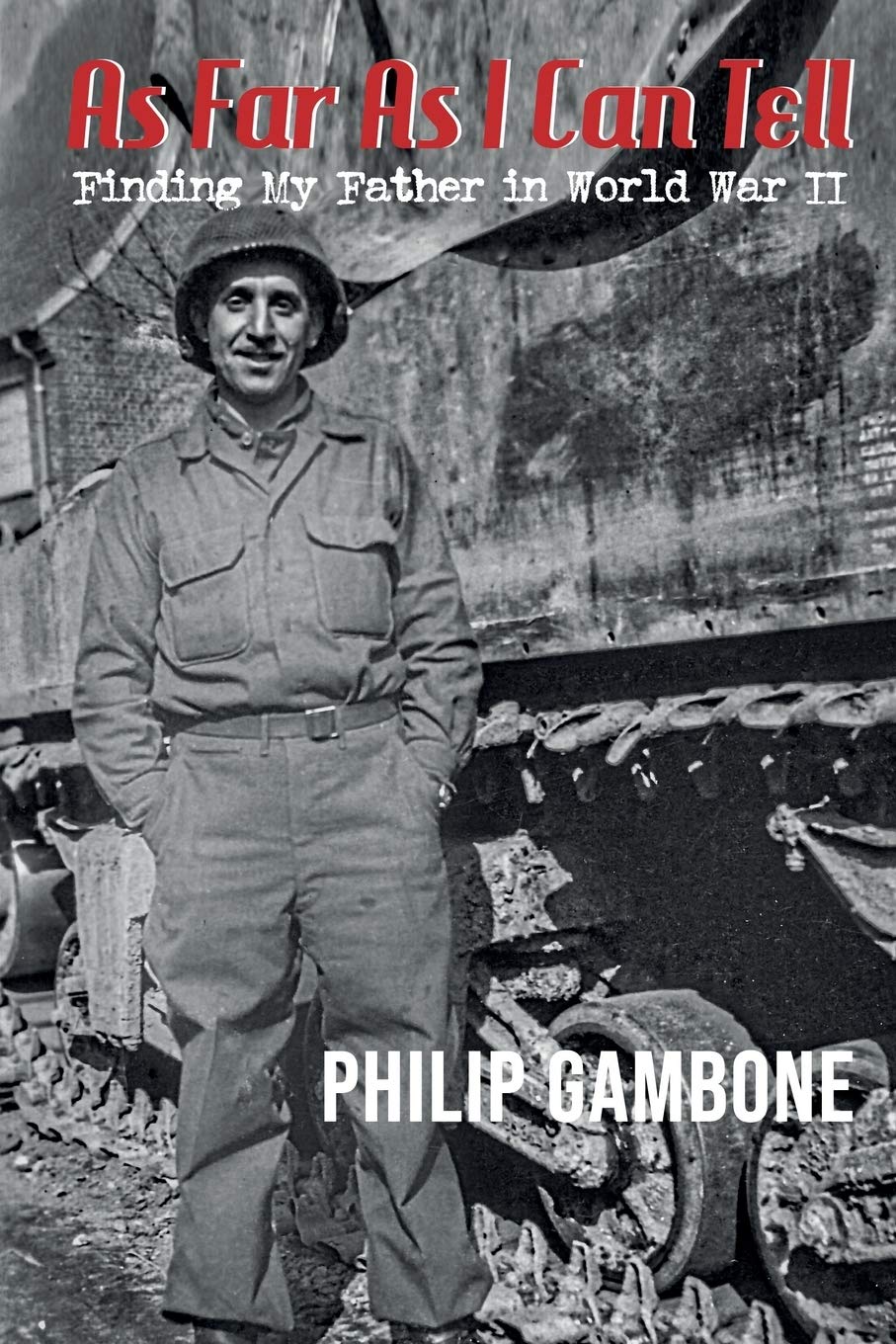 Philip Gambone, a gay man, never told his father the reason why he was rejected from the draft during the Vietnam War. In turn, his father never talked about his participation in World War II. Father and son were enigmas to each other. Gambone, an award-winning novelist and non-fiction writer, spent seven years uncovering who the man his quiet, taciturn father had been, by retracing his father’s journey through WW II. As Far As I Can Tell not only reconstructs what Gambone’s father endured, it also chronicles his own emotional odyssey as he followed his father’s route from Liverpool to the Elbe River. A journey that challenged the author’s thinking about war, about European history, and about “civilization.”

Praise for As Far As I Can Tell

“In retracing his father’s World War II army service across the U.S. and Europe, Phil Gambone ingeniously uses public records to plumb private mysteries: Who was this “impossibly foreign” man, and what did he have in common with his son, who dodged the Vietnam draft by being gay? This is a travel book unlike any other: across continents but also into the past and toward self-forgiveness.” Richly researched and written with unerring grace, Gambone’s journey is an act of witness, of belated connection, and, ultimately, of courage that does justice to his father’s.” — Michael Lowenthal, author of Paternity Test

“Philip Gambone weaves a moving memoir of his family, a vivid portrayal of his travels through the locales of WWII, and a powerful description of what that war was like to the men who fought it on the ground into a seamless and eloquent narrative.” — Hon. Barney Frank, former Congressman, Massachusetts

“A single question pulses through As Far As I Can Tell: why didn’t my father talk about his time in the war? With meticulous research, Philip Gambone puts sound to silence, offering us a book-length love letter, not just to his father, but to anyone whose life has been hemmed in by obligation, obedience, and the brutality of the system. It’s also a coming to terms with the unknown in others, which is its own hard grace. A vital, dynamic read.” — Paul Lisicky, author of Later: My Life at the Edge of the World

“As Far As I Can Tell is a fascinating mix of autobiography, travelogue, and historical research that not only takes us on a great adventure in search of what World War Two was like for those who fought in the European theater but probes that most difficult of all subjects, the relationship between a father and a son — in this case, a gay son. Extensively researched, highly literate and profoundly thoughtful, the story Gambone tells uses not only soldiers’ memoirs but writers as disparate as Samuel Johnson and James Lord to make this a reader’s delight.”— Andrew Holleran, author of Dancer from the Dance