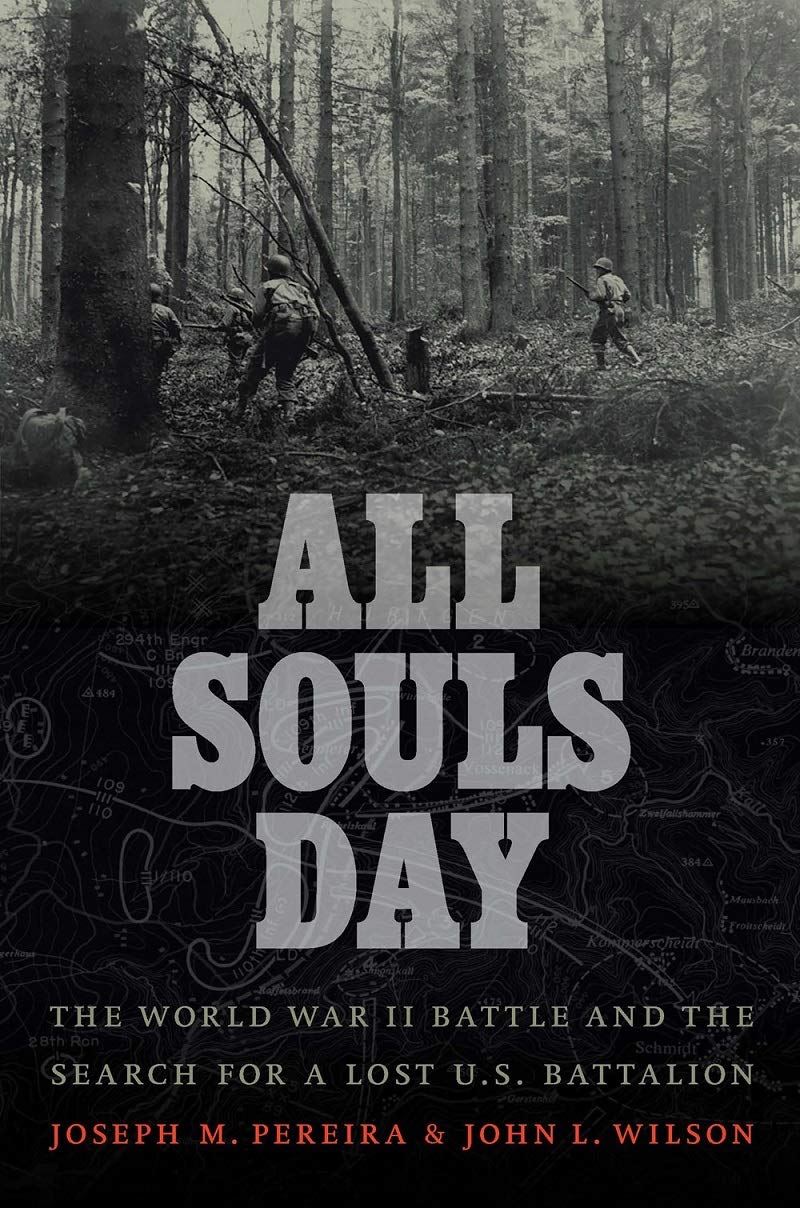 The U.S. Army attacked three villages near the German-Belgium border, surprising the Germans who surrendered with little resistance. The German army regrouped and counterattacked. A brief but horrific battle ensued, and as the enemy pressed forward, the Americans retreated in haste, leaving behind their wounded and their dead. Discussion of this week-long conflict that began on All Souls Day, November 2, 1944, has been confined to officer training school, in part due to its heavy losses and ignominy.

After the war the U.S. Army returned to the battlefield to bring home its fallen. To its dismay it found that many of these men had vanished. The disappearances were puzzling and for decades the U.S. government searched unsuccessfully for clues. After poring over now-declassified battlefield reports and interviewing family members, the authors reconstruct a spellbinding story of love and sacrifice, honor and bravery, as well as a portrait of the gnawing pain of families not knowing what became of their loved ones. Ultimately this work of history and in-depth contemporary journalism proffers a glimmer of light in the ongoing search.