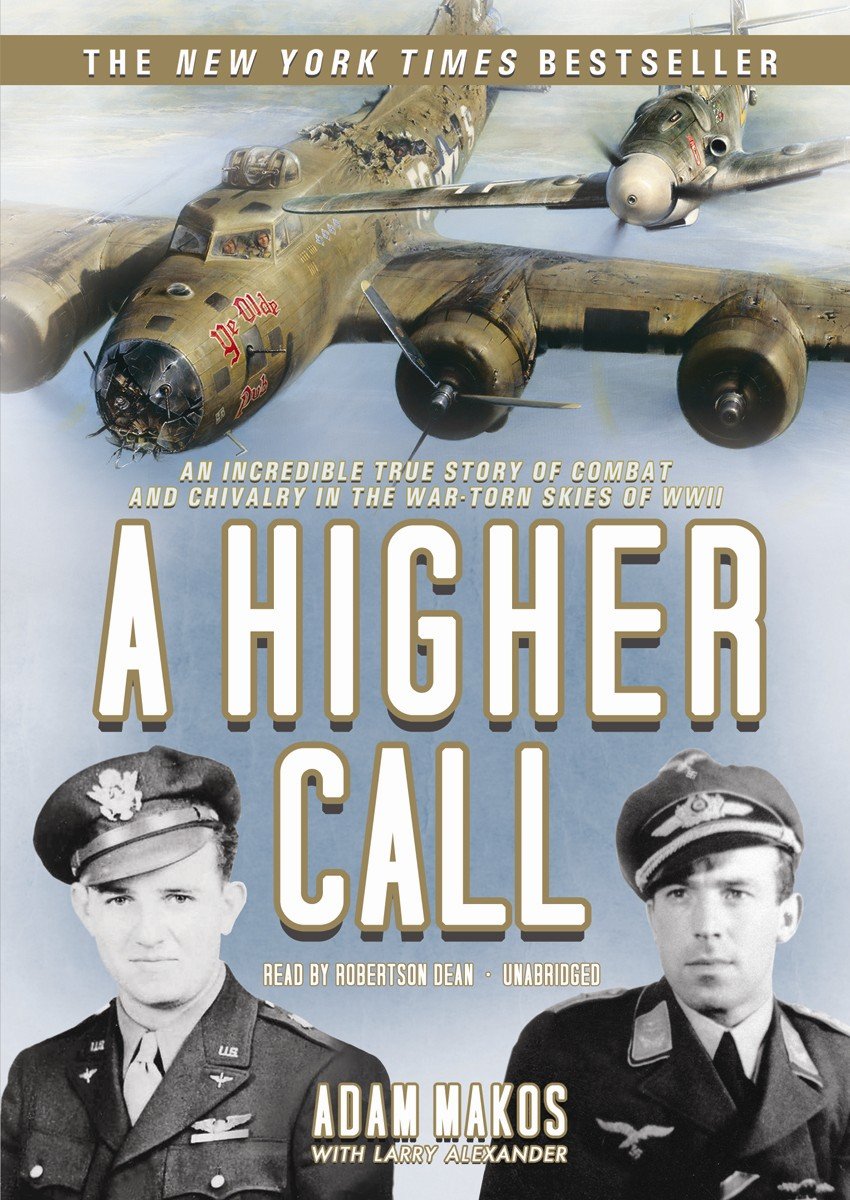 The story of two enemy fighter pilots who met in the skies in the midst of a bloody war.

Four days before Christmas in 1943, a badly damaged American bomber struggled to fly over wartime Germany. At its controls was a twenty-one-year-old pilot. Half his crew lay wounded or dead. It was their first mission. Suddenly a sleek, dark shape pulled up on the bomber’s tail – a German Messerschmitt fighter. Worse, the German pilot was an ace, a man able to destroy the American bomber with the squeeze of a trigger. What happened next would defy imagination and later be called the most incredible encounter between enemies in World War II.

This is the true story of the two pilots whose lives collided in the skies that day – the American – Second Lieutenant Charlie Brown, a former farm boy from West Virginia who came to captain a B-17 — and the German – Second Lieutenant Franz Stigler, a former airline pilot from Bavaria who sought to avoid fighting in World War II.

A Higher Call follows both Charlie and Franz’s harrowing missions. Charlie would face takeoffs in English fog over the flaming wreckage of his buddies’ planes, flak bursts so close they would light his cockpit, and packs of enemy fighters that would circle his plane like sharks. Franz would face sandstorms in the desert, a crash alone at sea, and the spectacle of one thousand bombers, each with eleven guns, waiting for his attack.

Ultimately, Charlie and Franz would stare across the frozen skies at one another. What happened between them, the American Eighth Air Force would later classify as top secret. It was an act that Franz could never mention without facing a firing squad. It was the encounter that would haunt both Charlie and Franz for forty years until, as old men, they would search for one another, a last mission that could change their lives forever.